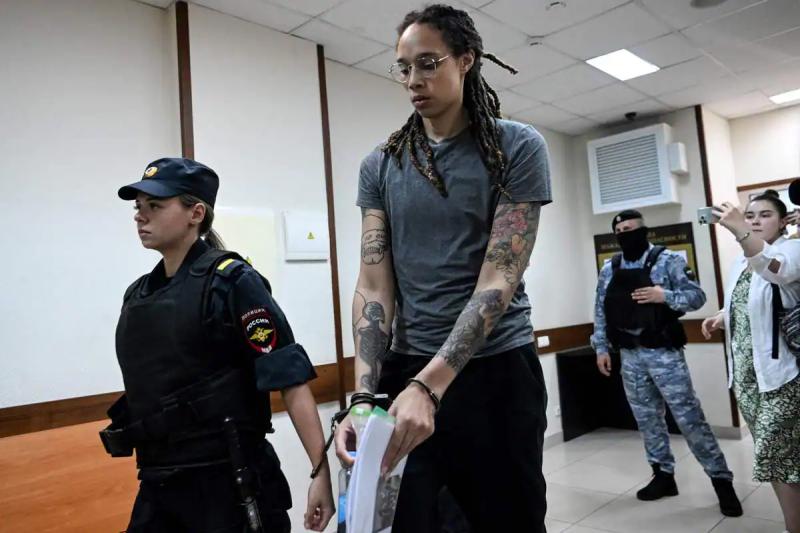 MOSCOW | Russia said on Friday it was “ready” to discuss a prisoner swap with the United States, a day after American women's basketball star Brittney Griner was sentenced to nine years in prison.

The player, convicted by a Russian court in a controversial “drug trafficking” case, found herself despite herself plunged into the geopolitical crisis between Washington and Moscow, in the midst of the conflict in Ukraine.

The President American Joe Biden has called the conviction of the 31-year-old double Olympic champion “unacceptable”, the United States accusing Moscow of instrumentalizing her case to extract concessions from Washington.

Statement from @PressSec and the White House on Brittney Griner's prison sentence. pic.twitter.com/KGGbITko7q

The US administration has claimed for several days that it has submitted a proposal to the Kremlin to obtain the release of Mrs. Griner, but Russian diplomacy reiterated that an exchange could not be mentioned only once the verdict has been delivered.

“We are ready to discuss this subject, but only within the framework of the (diplomatic) channel that was agreed by Presidents (Vladimir) Putin and Biden,” Russian Foreign Minister Sergei Lavrov said on Friday during a a trip to Cambodia.

The Kremlin spokesman, Dmitri Peskov, specified that this specific channel of communication to negotiate prisoner exchanges had been the subject of an agreement between MM. Biden and Putin during talks in Geneva last year.

The head of the American diplomacy Antony Blinken, who had already had talks last week with Mr. Lavrov about an exchange, indicated on Friday that the United States would “continue” to discuss it with Russia.

He also said Mrs. Griner's conviction illustrated “the Russian government's use of illegitimate detentions to advance its interests by using individuals as political pawns”.

Brittney Griner, considered one of the best basketball players in the world, was sentenced to nine years in prison on Thursday for drug trafficking by a court in Khimki, near Moscow.

This heavy sentence of prison aroused a wave of indignation, especially in the world of sport.

She had been arrested in February at a Moscow airport with cannabis-based vaping liquid. She admitted to being in possession of the substance, however claiming to have brought it to Russia inadvertently and to use it legally in the United States as a painkiller.

She had come to Russia to play during the American offseason, a common practice for WNBA basketball players who often make a better living abroad than in the United States.

The sportswoman is among several American citizens currently detained in Russia and whose release Washington wants.

Washington said last week it had made a “substantial” and “serious” offer to secure the return of Ms Griner and Paul Whelan, an American who is serving a 16-year prison sentence in Russia for “espionage”.

According to several American media, it would be a question of exchanging a famous Russian arms trafficker detained in the United States, Viktor Bout , against Brittney Griner and Paul Whelan.

Mr. Bout, arrested in Thailand in 2008 and who is serving a 25-year prison sentence in the United States, is nicknamed the “merchant of death”. His extraordinary career was one of the inspirations for the film Lord of War in which Nicolas Cage plays a cynical arms dealer.

The wife of the arms dealer, Alla Bout, also said Thursday that she hoped for an exchange, expressing her “compassion” towards those close to Brittney Griner. “May God ensure that our countries find an agreement,” Ms. Bout told the Ria-Novosti news agency.

Neither Russia nor the United States have confirmed, and Moscow insists on its desire to keep the negotiations confidential, being annoyed by statements made by American officials.

“If the Americans still decide to engage in public diplomacy and make resounding statements (.. .) it's their business, and even their problem,” Lavrov said on Friday, saying that Washington “cannot” work “calmly and professionally” on many issues.