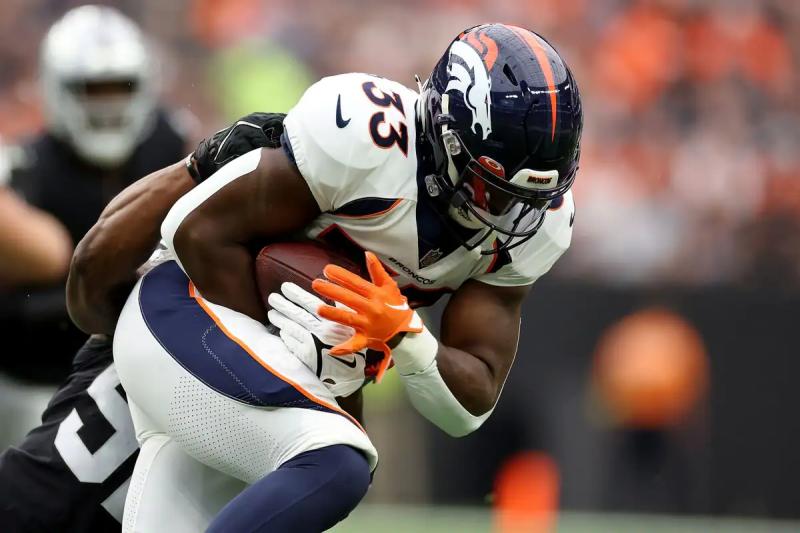 The Denver Broncos received bad news on Monday, as running back Javonte Williams will miss the remainder of the 2022 season.

NFL Network has learned that the 22-year-old seriously injured one of his knees in a 32-23 loss to the Raiders in Las Vegas on Sunday.

In four games, Williams ran with the ball in hand 47 times for gains of 204 yards and no touchdowns. He also caught 16 passes for 76 yards.

The University of North Carolina product was playing his second NFL campaign, having been a second-round pick (35th overall) in the of the 2021 draft.

For football pool fans looking for an option to replace Williams, they can turn to Melvin Gordon. The latter should get a lot more responsibility in the backfield in Denver.

The Broncos will return to action this Thursday, with a visit to the Indianapolis Colts at Empower Field at Mile High.

Cordarrelle Patterson on the sidelines

For the Atlanta Falcons, running back Cordarrelle Patterson has been named on the injured list due to a knee injury.

The 31-year-old half will therefore miss a minimum of four games. On Monday, head coach Arthur Smith said his player underwent a minor medical procedure.

Patterson has amassed 340 yards and three touchdowns with his legs in four games this year. He also caught four throws for 28 yards.

In his absence, freshmen Tyler Allgeier and Caleb Huntley will share the job.

The Falcons will visit the Tampa Bay Buccaneers Sunday.