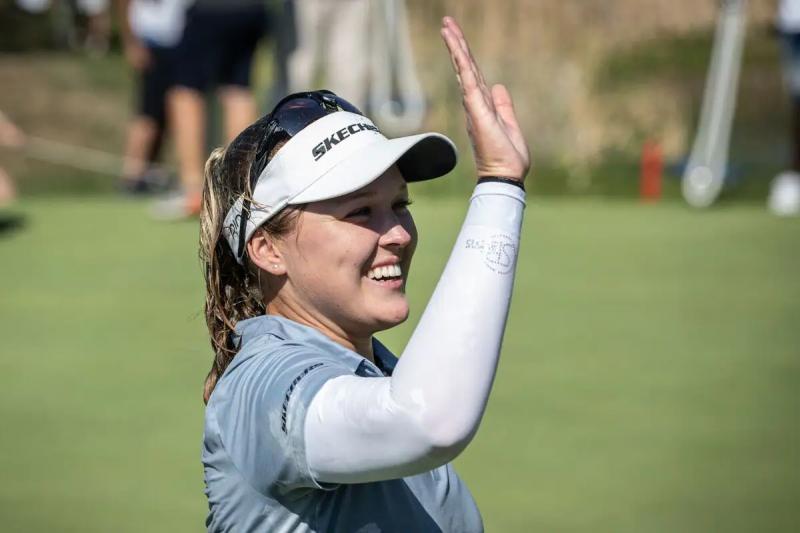 Canada's Brooke M. Henderson continued to make small strides towards the top of the British Open golf standings in Scotland, completing her best day of the tournament in ninth place on Saturday.

After identical rounds of 70, the Ontarian returned a card of 69 (-2) in the third round. She had her best moments early in the course when she stalled two consecutive birdies at the fourth and fifth pennants. She also played under par on the 12th hole, and suffered her only bogey on the eighth hole.

Henderson has hit the ball 209 (-4) times and is tied with five other golfers .

It will be nearly impossible for her to reach the top of the mountain, which is defended beautifully by Ashleigh Buhai. The South African shows a cumulative -14, thanks to an incredible round of 64 (-7), Saturday. The 33-year-old topped the competition with eight birdies.

On Friday, Quebecer Maude-Aimée Leblanc had just been eliminated after two rounds by virtue of a total of +4.