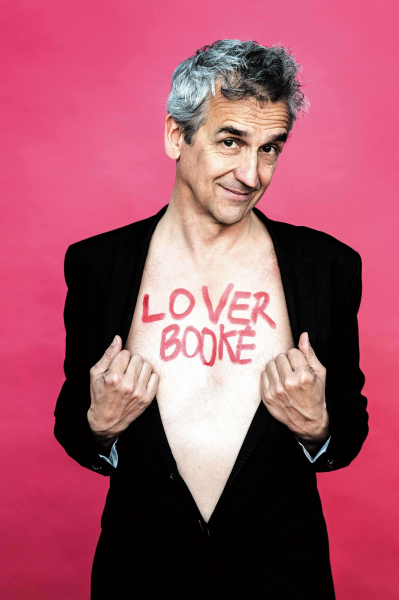 For twenty years, Belgian comedian Bruno Coppens has been performing in Quebec. The artist, who had Sol and Pierre Légaré as mentors, loves our province so much that he decided to write a book, My Promise Land. The Diary spoke with the one who will be coming to see us for two shows in a few days.

It was during the pandemic that Bruno Coppens had the idea for his book Ma terre promise. When the planet went on hiatus on March 13, 2020, the comedian had 35 shows on his schedule for the coming weeks. Overnight it was blocked.

He then recalled the story of the small Quebec village of Saint-Camille, in Estrie, where houses had been moved because a vein of gold had been discovered there under the buildings.

“I said to myself: I can't move from my house and in Quebec, the houses are moving!” laughed the comedian in an interview on Zoom.

Bruno Coppens then decided to write about his many trips to Quebec in a book. Among other things, he talks about his very first touring show with us… in Baie-Comeau.

“It was in the middle of winter, in February. I told myself that my agent was giving me a test to see if I liked Quebec! I saw rows of spruce trees for hours. I couldn’t take it anymore!”

Contrary to all expectations, he was conquered. And two encounters with Quebec artists subsequently marked him deeply: Sol and Pierre Légaré. “Marc Favreau came to see me at the Lion d’Or. He had been incredibly generous,” he recalls.

For his part, Pierre Légaré helped Bruno Coppens adapt his equipment for Quebec for more than a dozen years.

“He was super humble. I liked his adventurous side. He liked to wander for full weeks across Quebec. He was like a big brother [they had 11 years of difference], very welcoming.”

Bruno Coppens recalls his meeting with the Quebec publisher Alain Stanké, during a show at Espace Go , in 2001.

Bruno Coppens is returning to Quebec these days to present his show Loverbooké.

“J I started writing it in 2017 and the theme is how to turn failure into success, he says. […] It is a kind of parody of personal development books. I'm also writing stuff for Quebec, stuff about elections. I try to find common ground between Quebecers and Belgians.”

Bruno Coppens will present his show Loverbooké September 22 (Théâtre Petit Champlain, Quebec) and September 30 (Lion d'Or, Montreal). His book, My Promise Land, will be released on Thursday. For details: brunocoppens.com.