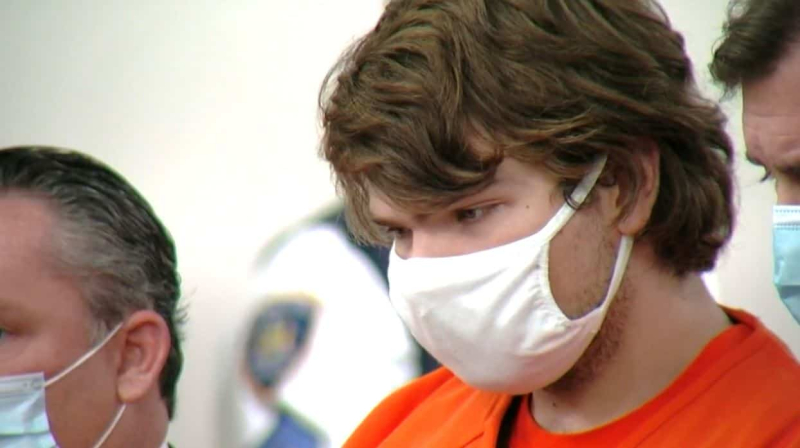 The young white supremacist accused of carrying out a racist massacre in May by murdering ten black people in a supermarket in Buffalo, north of New York, pleaded guilty on Monday to racist murders and an act of terrorism before justice of the State of New York.

He “pleaded guilty to the charges” contained “in the indictment”, announced, shortly after the hearing before an Erie County court, prosecutor John Flynn, recalling the “racist” nature of these crimes, “nourished by white supremacist ideology and deliberately targeting black people”.

After this legal step, Payton Gendron, who was 18 at the time of the massacre on May 14, should probably be sentenced to life in prison in New York State justice.

But he is also charged in federal court, where he theoretically faces the death penalty.

During his press conference, the prosecutor recalled that the young man, in detention since May, had meticulously prepared his acts, and that he was equipped, in addition to an AR-15 type semi-automatic rifle, with a portable camera to film his killing and broadcast it on the social network Twitch.

“Even if justice has been done, nothing will bring back never the ten beautiful people who lost their lives that day,” said John Flynn.

“Hopefully the judicial outcome (of the case) will bring the families and the victims some relief” , he added. The victims were between the ages of 20 and 86.

In his posts and a racist, supremacist and conspiratorial manifesto attributed to him, Payton Gendron had written several months before the massacre that he wanted to kill black people and that he was targeting a poor and isolated neighborhood in Buffalo because of his high proportion of African Americans.

He had also made a reconnaissance trip before the killings in Buffalo, 300 km north of his home.

The carnage had was a new shock for the United States, doubled only ten days later by another massacre with a semi-automatic rifle perpetrated by an 18-year-old young man, who had killed 19 children and two teachers in a school in Uvalde, Texas.

These killings, the list of which has since grown, have revived the recurring debate about a lack of gun regulation in the United States.

According to the site Gun Violence Archive, more than 600 shootings with multiple casualties (at least four people killed or injured), have taken place in the United States since the beginning of the current year.