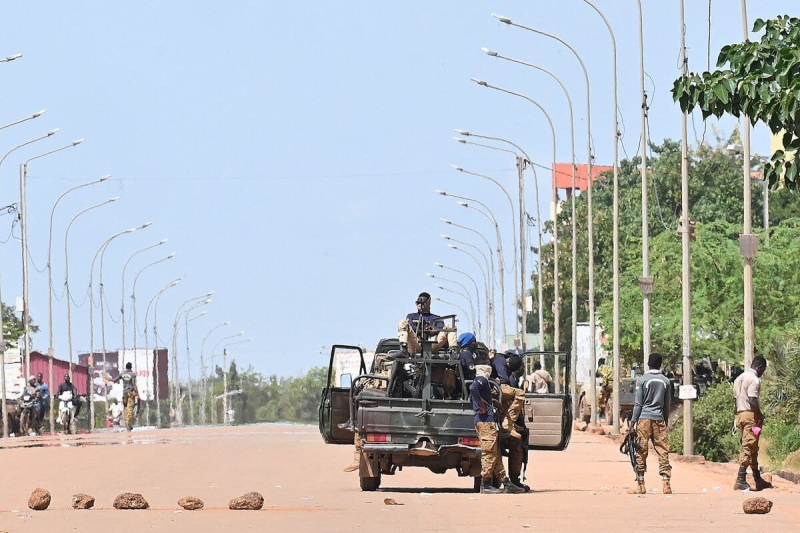 Twenty-eight bodies were discovered on New Year's Eve in Nouna, in the north-west of Burkina Faso, the government announced on Monday evening, a civil society organization denouncing “exactions” committed by army auxiliaries.

“The government has been informed of a tragedy that occurred in Nouna, capital of Kossi province, on the night of December 30 to 31,” said a statement from government spokesman Jean Emmanuel Ouédraogo. The first information “reports 28 people killed”.

The Collective against Impunity and the stigmatization of communities (CISC) denounced “exactions” committed by Volunteers for the defense of the homeland (VDP, army auxiliaries).

The government press release added that an investigation “was immediately opened […] to elucidate the circumstances of the tragedy and locate all the responsibilities”. “Pending the outcome of the investigation”, he “calls on the entire population to calm”, affirming “that all measures have been taken to shed full light on this unacceptable violence”.

“This tragedy occurs at a time when Burkina Faso has launched an operation to mobilize all the people for unity of action in the fight against terrorism”, noted the spokesperson.

Burkina Faso has been confronted since 2015 with increasing attacks by jihadist groups linked to Al-Qaeda and the Islamic State. They have left thousands dead and at least two million displaced and are partly behind two military coups in 2022.

The government has said it remains “fundamentally opposed to all forms of human rights abuses or violations for any reason whatsoever”.

A statement from the prosecutor at the Nouna High Court, Armel Sama, said “most of the victims, all male, were shot and killed”.

Before the publication of these official press releases, the CISC, a human rights organization, had just denounced “exactions targeted at civilian populations”.

“Armed civilians claiming to be” VDPs are “freely to organized looting and targeted atrocities against civilian populations on the basis of racial profiling and stigmatization”.

Saturday, “following a terrorist attack allegedly suffered by the headquarters VDPs from Nouna […] armed dozos (traditional hunters), identified by the victims as being VDPs, carried out murderous actions by way of reprisals”.

“The balance sheet amounts to 21 people killed, including children, but it continues to increase as information becomes available. come to us from the field,” said CISC Secretary General Daouda Diallo.