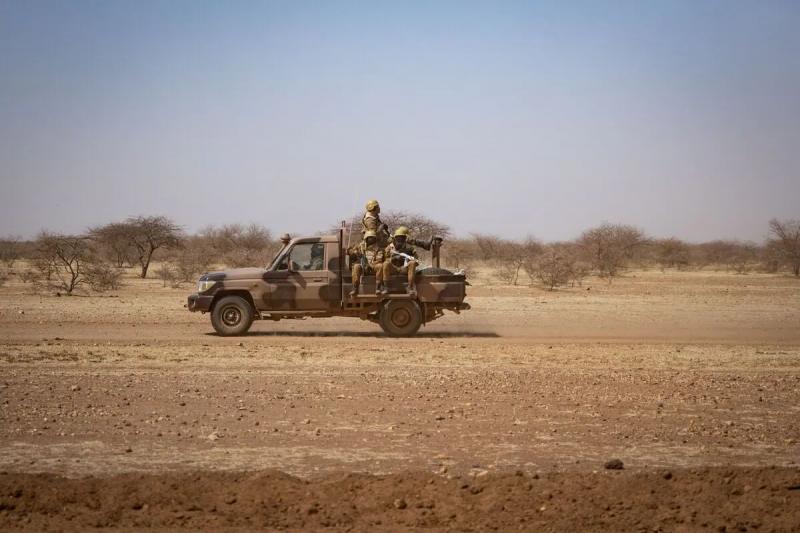 At least 35 civilians were killed and 37 others were injured on Monday when an improvised device exploded as a supply convoy passed through northern Burkina Faso, a new attack murderous in this country regularly bereaved by jihadist violence.

“One of the vehicles carrying civilians in said convoy exploded on contact with an improvised explosive device. The provisional toll at 5:00 p.m. (GMT and local) reported 35 dead and 37 wounded, all civilians,” said a statement from the governor of the Sahel region, Lieutenant-Colonel Rodolphe Sorgho.

These convoys , escorted by the army, supply towns in the north subject to a blockade by jihadist groups.

“The escort elements quickly secured the perimeter and took measures to provide assistance to the victims. The wounded were taken care of and the difficult cases were evacuated to appropriate structures”, continues the press release, which specifies that the convoy was leaving the north of the country to go to the capital Ouagadougou.

“The supply convoy was made up of civilian drivers and traders,” a security source told AFP.

“There were several dozen vehicles including trucks and public transport buses. The victims are mainly traders who were leaving to get supplies in Ouagadougou and students who were returning to the capital for the next school year,” a resident of Djibo told AFP who wishes to remain anonymous.

In early August, fifteen soldiers were killed on the same Djibo-Bourzanga axis in a double improvised explosive device attack.

In recent weeks, jihadist groups have used dynamite to destroy places on the main roads leading to the two major cities in northern Burkina, Dori and Djibo, in an attempt to isolate them.

Burkina Faso — in particular the north and the east — is confronted, like several of its neighbours, with the violence of armed movements affiliated with Al-Qaeda and the Islamic State group, which have claimed thousands of lives and some two million displaced since 2015.

On January 24, soldiers seized power in a putsch, assuring that they wanted to make security their priority.

Sunday evening, in a speech to the Nation delivered from the city of Dori (north-east), the president of the transition, Lieutenant-Colonel Paul-Henri Sandaogo Damiba, had welcomed a “relative calm” in several localities.

The government assures that it has intensified the “offensive actions” of the army and has also launched a process of dialogue with certain armed groups through religious and customary leaders.

This process has enabled, according to Mr. Damiba, “several dozen young people” to lay down their arms. the image of the Seytenga massacre (north) last June, where 86 civilians were killed.

Since last year, Burkina has become the epicenter of violence in the Sahel, suffering more attacks than Mali or Niger in 2021, according to the NGO Acled.

More than 40% of Burkina's territory is outside state control, according to n official numbers.