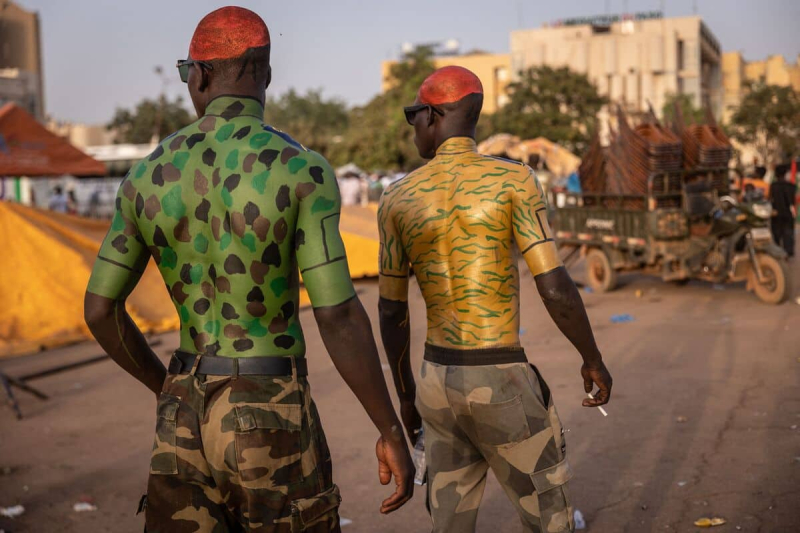 Six civilians, including four teachers, were killed on Sunday in an attack by suspected jihadists in Bittou, a town in Burkina Faso near the borders of Ghana and Togo, AFP learned on Monday from sources safe and local.

Late Sunday afternoon “a group of armed men burst” into a district of Bittou “and opened fire on a group of workers: the toll is six dead”, told AFP a security source.

“The defense and security forces as well as the Volunteers for the Defense of the Homeland” (VDP), civilian auxiliaries of the army, “immediately set out on the heels of of these terrorists who retreated to the nearby Nouhao forest”, according to this source.

Confirming the attack and the results, the regional coordination of the Federation of National Unions of Education and Research Workers (F-Synter), said in a statement that four teachers from the departmental high school of Bittou, including the headmaster , were among the victims.

“This cowardly and barbaric assassination is the second suffered by education personnel in our region after that of Maytagou, on April 27, 2019”, recalled Ouédraogo Al Hassan, regional coordinator of F-Synter.

He invited the militants and sympathizers of his union, as well as all the national education workers in the region to “a work stoppage” on Monday “in order to show our solidarity with the grieving families” and “demand more security in our daily action against obscurantism, barbarism and blind violence”.

Located in the Center-East region, Bittou is on the main road between Ouagadougou and Lomé. It is an important city near the borders with Togo and Ghana where commercial activity is very important.

Since 2015, Burkina Faso has been regularly bereaved by increasingly frequent jihadist attacks that have killed thousands and forced some two million people to flee their homes.

These attacks have multiplied months, mainly in the north and east of the country.

On 26 November, four Burkinabè soldiers were killed in the explosion of an improvised device in the north of the country, and three Civilians died in another attack in the northeast, according to security and local sources. a military coup on September 30 against Lieutenant-Colonel Paul-Henri Sandaogo Damiba, set itself the objective of “reconquering the territory occupied by these hordes of terrorists”.

At the Following a recruitment campaign, 90,000 civilians registered to join the VDPs, called to support the army in its fight against the jihadists.