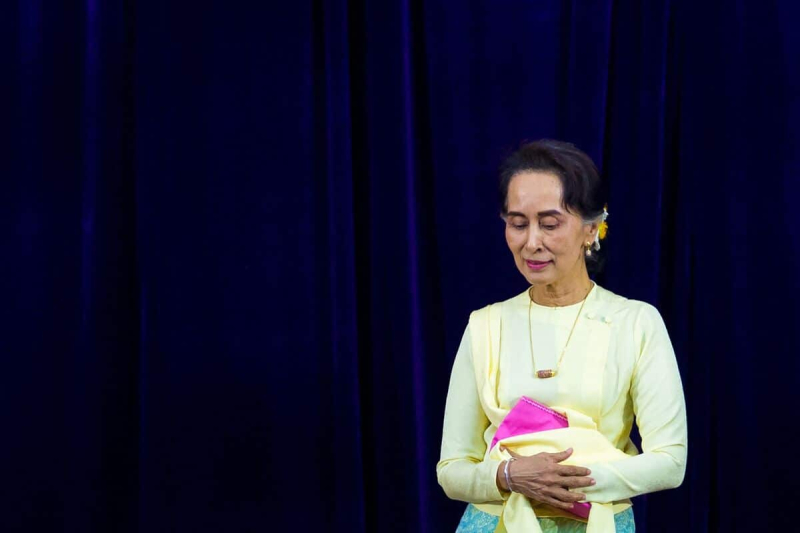 Burma's deposed leader Aung San Suu Kyi has been sentenced by a junta court to an additional seven years in prison for corruption, in the latest installment of her river trial, a total of 33 years behind the bars, a judicial source told AFP on Friday.

The famous 77-year-old opponent, who appeared in “good health” according to this source, could end up in prison for a life marked by her fight for democracy.

< p>The 1991 Nobel Peace Prize laureate has been imprisoned since the February 1, 2021 military coup that ended a brief period of freedoms in the Southeast Asian country with a checkered history.

A court in the capital Naypyidaw, which sits exceptionally in the penitentiary center where Ms Suu Kyi was placed in solitary confinement, found the former leader guilty on Friday of five counts of corruption the aiming.

In a helicopter hire case for a minister, she was accused of breaking the rules and causing 'loss to the state'.

“All her business is completed, there are no further charges against her,” said a source who requested anonymity.

Corruption, electoral fraud, violation of state secrets and anti -Covid… Since the beginning of the legal proceedings initiated in June 2021, Aung San Suu Kyi has been convicted of multiple offences.

The end of his 18-month trial, described as a legal show by human rights groups, opens a new period of uncertainty in Burma, with the prospect of elections in 2023 promised by the junta, in search of legitimacy.

The two most recent legislative elections, in 2015 and 2020, propelled the National League for Democracy (NLD), the emblematic party founded by Aung San Suu Kyi in the late 1980s, to power.

< p>The army justified its 2021 coup by claiming to have discovered millions of irregular votes in the last ballot, considered generally free by international observers.

Its plan to to hold new elections has been criticized by the United States, but welcomed by its close ally and arms supplier, Russia.

The UN Security Council this month called for the immediate release of Aung San Suu Kyi, in its first resolution in decades on the situation in Burma.

The call, which came in a rare moment of unity, was made possible thanks to the abstention of China and Russia, usual supporters of Naypyidaw, who renounced their right of veto.

The junta immediately accused the UN of wanting to “destabilize” the country.

Since the coup, the inmate has only been seen a handful of times, in grainy photos taken by state media in an empty courtroom.

Aung San Suu Kyi remains a popular figure in Burma, even if her international image has been damaged by her inability to defend the Muslim minority of the Rohingyas, victims of army abuse in 2016 and 2017, a “genocide” according to Washington.

Burma sank after the coup into a period of chaos, with daily violence between the army and self-constituted militias who accuse each other of having killed hundreds of civilians.

More than 2,600 people have been killed under the repression of the junta, according to a local NGO. Several rights groups have accused the Myanmar military of launching airstrikes on civilians, which constitute war crimes.