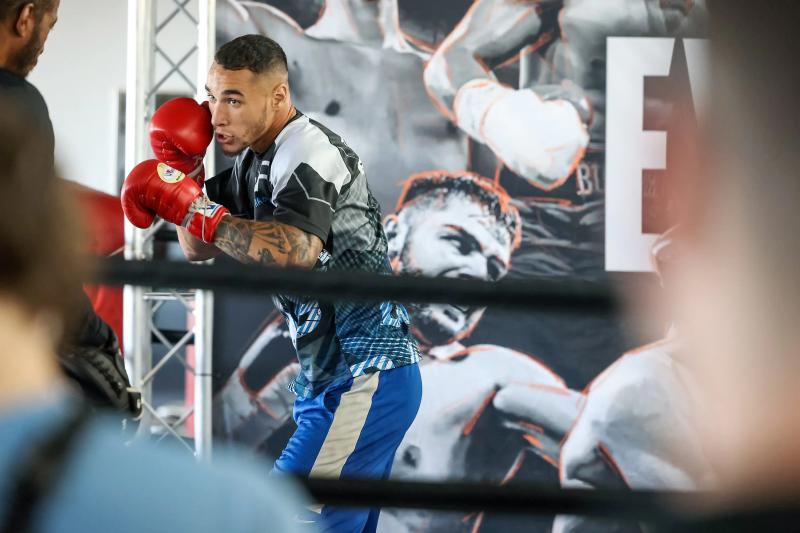 I wasn't quite sure how to react when I saw Steven Butler kicking his dad Clint's mitts at Marc Ramsay's gym.

For three years, Steven searched a lot. He left his second father Raynald Boisvert, ended up with Mike Moffat and Jean-Claude Bergeron to return with Boisvert and now his father.

With a disappointing stint in the World Championship in Japan against Ryota Murata .

In any case, thin as a Spanish matador, Butler looked very happy as he stepped into the ring with his father. And its striking force was convincing.

But it always has been.

One would have thought after his knockout suffered in Mexico during the pandemic that Camille Estephan would throw in the towel with Butler.

“ Not at all. Steven is only 26 years old, he can still learn a lot. He's been fine since he's back with Raynald Boisvert, and adding his dad to the team is yielding good results. Steven runs on emotions. We tried to polish him, to change his boxing, but in doing so, we distorted him. Steven has to be aggressive in a ring. He must express himself on the attack. He's not a head boxer, he's a guts boxer. He will still have his chance to become world champion again. But it has to be at 160 pounds ,” says Estephan.

Make no mistake. Boxing is a cruel sport. And before winning back the trust of fans, Butler will have to put a couple of wins in his logbook. Tomorrow will be a good test.