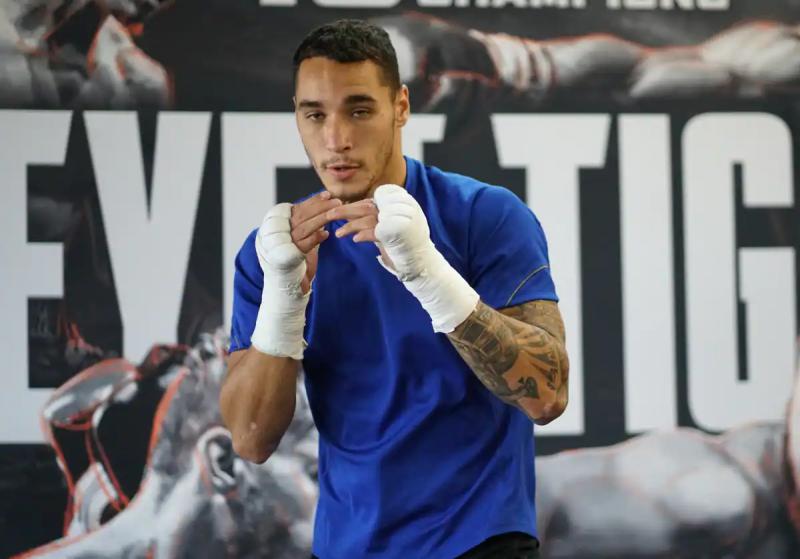 There is no shortage of commonalities between Steven Butler and Mark DeLuca. They are the only two boxers to beat Brandon Brewer and they are both looking to find their place in the sun. Friday at the Casino de Montreal, one will succeed at the expense of the other.

If Butler (30-3-1, 25 K.-O.) takes advantage of a certain momentum with two victories this year which allowed him to get his hands on the NABF middleweight belt, DeLuca (28-3-0, 16 KOs) is just recovering from a failure .

The two men have also had the opportunity to observe each other since they rubbed shoulders last year during a training camp in Boston. They didn't drop a blow, but they were certainly able to learn things.

“I always watched Steven during his career because I study and I pay attention to good boxers in my category, DeLuca also launched on Tuesday at a press conference. I'm completely ready to face the best Steven Butler on Friday night. I'm sure its power is the same as before. But I hope I have some cards up my sleeve.”

A sign that the Butler clan is not taking this fight lightly, it has called on Austin Williams (11-0, 9 KOs) as a training partner. “Bang Bang” even allowed himself to suggest that Williams was better than DeLuca…

“I learned a lot in this camp, revealed Butler. It was a very difficult camp, to work hard, because we know that Deluca is a dangerous opponent who comes here to win. He's not going to come to bed; he comes here to perform.”

Recognized for his power, Butler was unable to pass the K.-O. in Brewer last June. While sharing his respect for Brewer's jaw, he feels DeLuca will be easier to hit. But he is careful not to promise anything, not without making his intentions known.

“I have grown up! I have matured, said the 27-year-old pugilist. We don't want to rush the K.-O. If he has to come, he will come. You know me; with Brewer, we tried everything. We shouted from 10 rooftops that we were going to knock him out and in the end, we didn't knock him out.”

“Deluca, we felt it was easier to knock him out hurt. We'll see how he reacts to my shots. But my style has not changed. We're going there for the K.-O. and to put on a good show for the fans.”

A victory for both sides could mean a return to the rankings of the various boxing federations.

Steven Butler will have to keep his cool to win. This is the key to success in the eyes of his coach Rénald Boisvert.

The Quebecer has sometimes let emotions take over, dropping a prepared game plan to unleash his rage on his opponent. This kind of situation could prove dangerous against DeLuca.

“He is an excellent explosive boxer, warned Boisvert on Tuesday at a press conference. I don't think Steven has encountered this type of boxer before. He is really different. So Steven will go to school and we will see if he has learned his lessons from training camp.

“It is not a game won in advance. Steven will have to resist the temptation to want to “knocker” him. We are going to tell him constantly. He doesn't need to look for the K.-O. to achieve the knockout. If Steven puts this into practice, I have no problem for the outcome of the fight. Except that if he loses control and goes for the knockout, Deluca is a dangerous boxer; he could cause a surprise if Steven does not follow the established strategy.

Besides, the training camp has ensured that Butler will have the energy necessary to go to the limit. So, there's no need to rush things.

“You noticed [in the last fight] that Steven didn't really have a problem with his energy anymore. So that's a definite improvement. Now what remains to be seen is whether Steven is able to mature emotionally and maintain his composure until the end of the fight.”