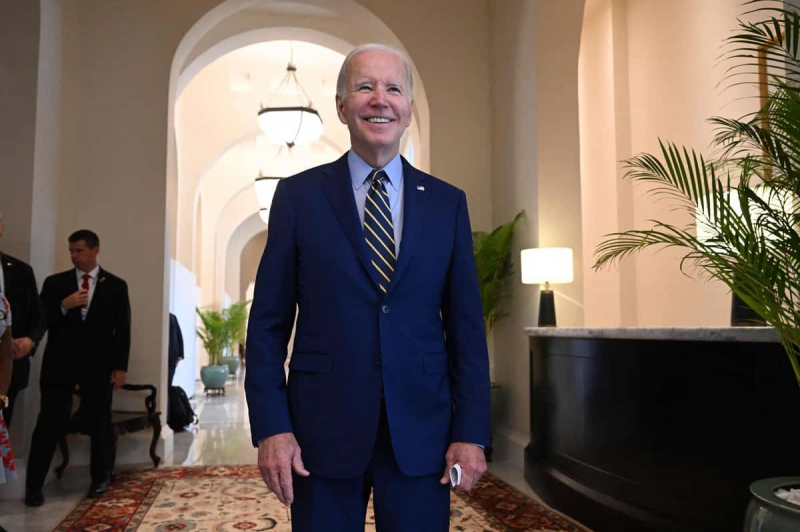 Five days after the midterm elections in the United States, the Democratic Party is assured of retaining control of the Senate and the Republicans appear to be on their way to regaining the House of Representatives.&nbsp ;

This likely cohabitation in Congress will reduce President Joe Biden's room for maneuver until 2024, without completely cutting off his wings.

The US President has the power to appoint all federal judges, including Supreme Court justices, but also ambassadors, the head of the central bank and the heads of powerful government agencies, such as those regulating the environment, drugs or firearms.

But the Constitution provides for its nominees to be confirmed to the Senate.

The Democrats, who are sure to have at least 50 seats out of 100 in the upper house, will be able to validate Joe Biden's choices, since Vice President Kamala Harris has the power to decide between the senators.

The Democratic president, who has been appointing judges for two years at as rapid a pace as his predecessor Donald Trump did from 2016 to 2020, should therefore continue this momentum and in turn leave his mark on the courts of the country. /p>

So far, he has favored the diversity of profiles, choosing a majority of women or magistrates from minorities, when Donald Trump had chosen his candidates on their conservative service records.

To pass, a bill must pass through both houses of Congress.

If the Republicans regain a majority in the House, Joe Biden and the Democrats will therefore not be able to push through new major projects.

But neither will their rivals.

However, the Republicans had threatened to unravel certain measures adopted under Joe Biden if they regained control of the two chambers. In particular, they wanted to reconsider the funds allocated to the tax services to hire new agents, or on certain reforms in the world of education.

The 79-year-old president will not ultimately be forced to camp on this defensive posture, and will on the contrary have to use his negotiating skills to avoid, in particular, a paralysis of the federal administration (the famous “shutdown”). < /p>

Last week he pledged to “work” with the Republican opposition and compromises with moderates will be needed to pass the budget, military spending or act on the debt ceiling.

The House, in the hands of the Democrats, had launched an investigation into Donald Trump's role in the January 6 assault 2021. But the days of the commission responsible for the investigation seem numbered.

The Republicans, if they regain a majority in this chamber, will put an end to what they describe as a “masquerade” , and will instead launch a host of investigations into Joe Biden's management of the pandemic or the withdrawal from Afghanistan.

They could also go after his son Hunter, accused of using his name to do business in Ukraine and China.