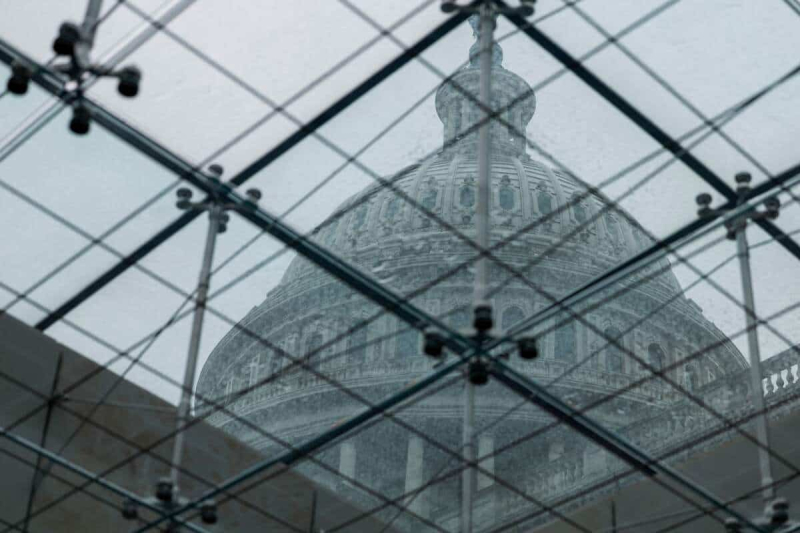 The debt ceiling of the United States, which was reached on Thursday and which obliges the United States Department of Finance to take savings measures to ensure the payment of its financial commitments, has become a subject of confrontation between the Democratic administration and the new Republican majority in the House of Representatives.

In a letter sent Thursday to Republican Speaker of the House of Representatives Kevin McCarthy, Treasury Secretary Janet Yellen announced the implementation of “exceptional measures” while the maximum debt ceiling, currently set at more than 31,000 billion million, was reached before being amended by Congress.

The first measures concern the cessation of payments to several pension funds and health or disability benefits for public officials, technical adjustments “which are not immediately necessary for the payment of pensions”.

At the same time, “a period of suspension of debt issuance” has begun and will last until June 5, added Ms. Yellen.

These measures allow the American administration to see ahead, but can only be temporary and, if Congress fails to reach an agreement, the United States could end up in default.

“Failure to meet government obligations would cause irreparable damage to the US economy and the livelihoods of all Americans as well as to global finance,” Yellen said on January 13. p>

The markets reacted little to the announcement, with the indices — trending down from the start of the session — losing 0.76% for the Dow Jones and 0.96% for the Nasdaq respectively at the end of the day. closing.

“Everyone expects this to be over by summer, but for now it's not going to really move the markets,” said Ed Moya, analyst for Oanda. p>

The White House pointed out on Friday that, in normal times, elected Republicans and Democrats cooperate on the matter “and that's what 'must', excluding however any negotiation on this subject.

A way of placing the responsibility for a possible failure on the Republicans, because the latter have made no secret of their desire to use the question of the ceiling as a bargaining chip to obtain blows of plane on the plans of voted during the first half of President Joe Biden's mandate.

But, more than that, they want to impose their own economic program, which includes further tax cuts and reduced public spending.

“Imagine giving your child a credit card that regularly hits the cap, so you increase it and so on. At some point do you continue like this or are you trying to change his behavior? “Congress cannot continue to mortgage the future of our children and grandchildren by borrowing from foreign countries like China”, described Mr. McCarthy to the press.

Senate Majority Leader Chuck Schumer said in a statement that “if Republicans stop paying our nation's bills, Americans will suffer the consequences.” A political overstatement of debt levels would be a severe blow to local economies.”

JPMorgan CEO Chase, Jamie Dimon, opined on CNBC that “the solvency of the US government should not be an issue. It's sacrosanct, it must never happen.”

If the increase, or the suspension, of the debt ceiling is a subject that comes up regularly, with already 79 interventions since 1960, it is occasionally a subject of political tension between the two parties.

In 2011, the opposition between the Republican majority in Congress and the Democratic administration of Barack Obama was such that the rating agency Standard and Poor's lowered the rating of the long-term debt of the United States, a first that had shaken the financial markets.

In 2021, the very thin Democratic majority in Congress and the Republican opposition scrapped for several months before reaching an agreement.

Janet Yellen had announced in early August, in a letter to former House Democratic “speaker” Nancy Pelosi, the implementation of “extraordinary measures” to deal with the situation.

Congress had finished by agreeing to raise the ceiling in December, shortly after midnight on the same day that the Treasury r would have been forced to take additional measures, with a more direct impact on the American economy.