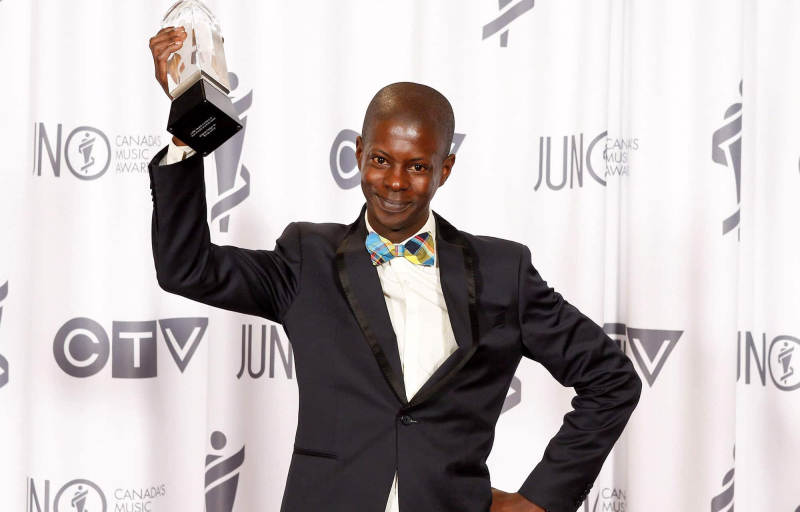 Seventeen months after his unexpected death, we will pay tribute to Karim Ouellet in his adopted city. Bye Bye Bye Karim, which will star his friends, will be presented on April 1 at the Grand Théâtre de Québec.

We will also find Amélie Nault, La Bronze, Heythem, Élise Bégin and her son, Saul, and seven musicians under the direction of drummer Olivier Beaulieu.

This tribute follows the show that took place on June 12 at the Francofolies in Montreal. Most of the artists who participated in this great celebration will be in Quebec.

“There are going to be some adjustments on the staging side, but it's the same show, with the same songs. There is only one change on the guest side, with Pascale Picard replacing Ariane Moffatt,” said drummer Olivier Beaulieu, one of the creators of Bye Bye Bye Karim.

This show was originally to be presented last summer on the Plains of Abraham. A date had even been fixed, but the people of the Festival d'été de Québec did not follow up on the project.

“We are not bitter, but we would have liked it to be presented first in Quebec, in its city, with its family, its friends, its public, and then in Montreal. Quebec was his city and that's why we want to offer this tribute to his fans and citizens, “said Olivier Beaulieu, during an interview.

Bye Bye Bye Karim, which will be presented one last time at the Grand Théâtre, will feature songs by Karim Ouellet in the original versions and also in intimate mode.

Fanny Bloom specifies that it will not only be about dramatic and introspective songs.

“We are going to celebrate the pop, colorful and burst side of Karim. There are a lot of songs that are “hop life”. I can't wait,” she said in an interview.

Karim Ouellet was found dead on January 17, 2022 in a music studio in the Saint-Roch district. His death, according to the report by coroner Sophie Régnière, dated back to November 15, 2021.

The musician, who suffered from type 1 diabetes, had stopped taking his medication. Traces of methamphetamine were also found in his blood.