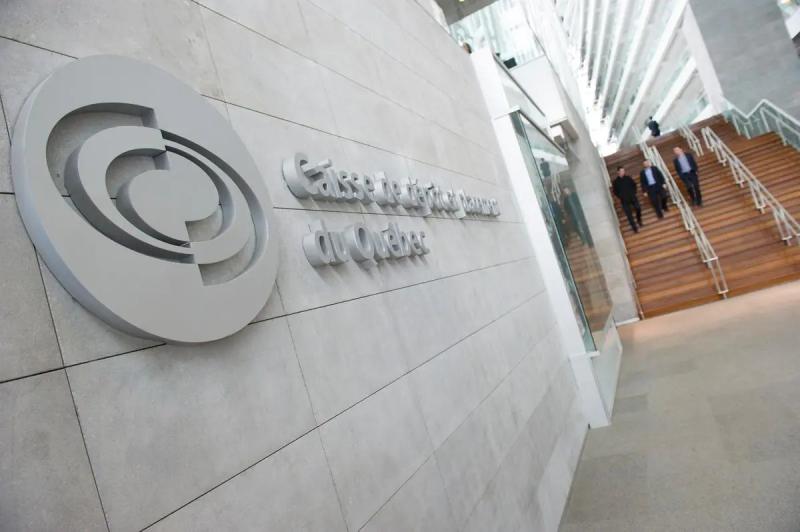 The Caisse de depot et placement du Québec continues to do business with one of its former officers, even after having fired him for “serious breaches of ethics”.

Our Investigation Bureau discovered that the Caisse still manages mortgages for Alfonso Graceffa, the former CEO of its subsidiary specializing in commercial loans Otéra Capital, dismissed in 2019.

Several of these loans have even been extended in 2020, we learn in documents taken from real estate registers.

And this, despite the $7.3 million lawsuit brought by Mr. Graceffa against the Caisse, alleging wrongful dismissal.

The funds granted to Alfonso Graceffa are managed by MCAP, a subsidiary of Otéra. To date, MCAP is listed as a creditor for more than $6.4 million on the buildings of Mr. Graceffa and his business partners, including:

Otéra acknowledges that these loans are indeed managed by MCAP, in return for a commission.

But in a written statement that it sent to us, it emphasizes that MCAP does not lend money directly. to the former CEO of Otéra and only acts as an intermediary between him and the banks.

These loans “were authorized and disbursed well before the departure of Mr. Graceffa in 2019”, explains Otéra Capital.

Why then did you sign loan extensions even after dismissing Mr. Graceffa?

The company does not respond directly, but says that “as a loan servicer, MCAP is required to adhere to the policies, procedures and contracts of the financial institution acting as the lender-investor for the loans it administers” .

In its response, Otéra Capital also describes MCAP as “a separate business,” even though it owns 78% of the assets according to its most recent annual report.

In June 2019, the Caisse had publicly stated that it would pay “no penny of compensation from the savings of Quebecers to someone who has broken the bond of trust through serious ethical breaches”.

We wanted to know why Alfonso Graceffa had always used the services of the Caisse for his real estate activities, even if he took the institution to court .

“Out of respect for the ongoing legal process, Mr. Graceffa is waiting for the court to rule on its proceedings before making any public comments,” replied his spokesperson Jean Maurice Duddin.

In the lawsuit he brought against the Caisse, Alfonso Graceffa claims that the Caisse and MCAP were “fully” aware of the loans on his real estate properties, during the years he was the boss of Otéra.

– With the collaboration of Philippe Langlois

The former big boss of the Caisse de depot Michael Sabia will be questioned under oath in court, if the lawsuit that Alfonso Graceffa has brought for wrongful dismissal goes to trial.

Mr. Sabia, now Federal Deputy Minister of Finance, was CEO of the Caisse at the time when the ethical breaches alleged against Mr. Graceffa occurred.

He is one of the dozen witnesses that interview Mr. Graceffa in connection with his lawsuit filed in June 2019.

The ex-boss of Otéra claims to have been “sacrificed” by the Caisse, which was then trying “to save its public and political image” when it was the subject of reports about ethics.

He is claiming more than $7.3 million, because he believes that despite an impeccable track record, it will now be impossible for him to hold a job again in the finance and real estate industry.

In the most recent version of its defence, the Caisse repeats having dismissed Mr. Graceffa for “serious reasons”, including the fact of having “met in his management office at Otéra an individual with a criminal past” and having “accepted to receive from his hands an envelope containing $15,000 in cash.”

She, for her part, wants to have seven people testify, including Salvatore Graceffa, Alfonso's brother, who would have been intended the $15,000.

Quebecers also criticize the former CEO of Otéra for having “approved or recommended loans made by Otéra while he was in conflict or apparent conflict of interest”, including “the approval of at least fourteen loans which benefited friends”.

According to the Caisse, Alfonso Graceffa would also have “used his position to discuss and negotiate with managers of a subsidiary of Otéra mortgage financing conditions for personal real estate”.

You have the scoop to transmit to us?