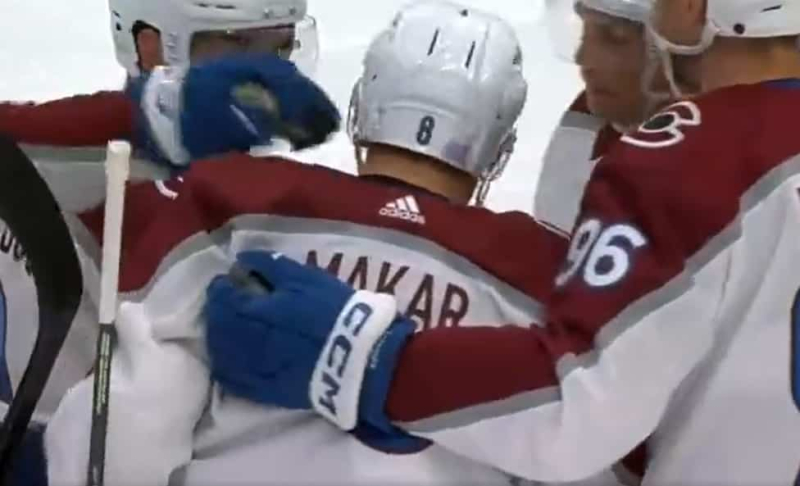 The 24-year-old accomplished the feat Monday night, hitting the target in the first period of a matchup against the Stars in Dallas. It was his 195th game on the Bettman circuit.

Sergei Zubov held the former NHL record. The Russian had collected his 200th career point in his 207th game.

To return to Makar, the first-round pick (fourth overall) in the 2017 draft has already won a Stanley Cup, a Norris Trophy and a Conn-Smythe Trophy.

And 13 for the Devils

The New Jersey Devils signed a 13th straight victory by overcoming the Edmonton Oilers 5-2 Monday night at the Prudential Center.

This time, head coach Lindy Ruff's squad played lucky to take the lead. In the second period, Oilers goaltender Stuart Skinner mishandled the puck on a clearance by his rivals.

He inadvertently handed the precious object to Dawson Mercer, who didn't have to pushing too hard to score the goal.

Before the end of the second period, Damon Severson took advantage of a nice exchange with his teammates to double his team's lead. The Alberta club then closed the gap in the third period, thanks to Ryan Nugent-Hopkins. Tomas Tatar and Yegor Sharangovich, however, dashed the visitors' hopes of a comeback.

Jesper Bratt was the other scorer for the winners, while Nico Hischier had three assists.

< p>For the Oilers, Leon Draisaitl became the fifth player in his organization's history to thread the needle 100 times on the power play.

The Devils will look for a 14th straight win on Wednesday evening, when they host the visit of the Toronto Maple Leafs.