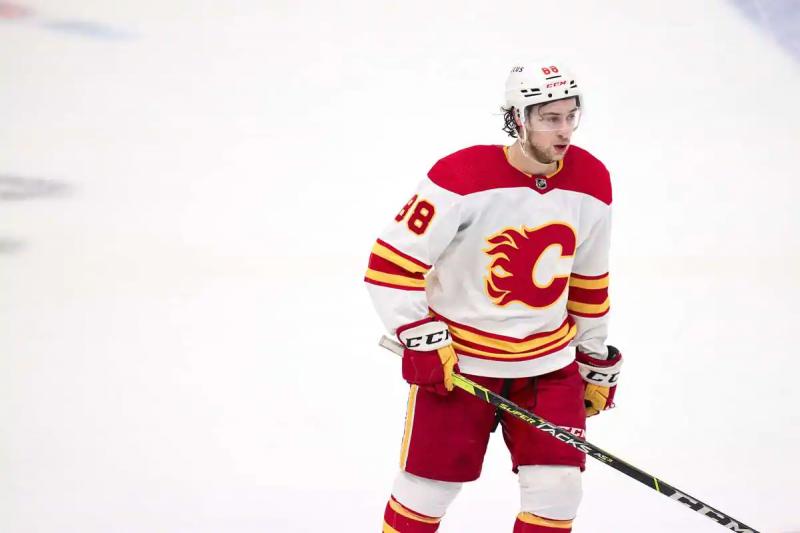 Andrew Mangiapane has just signed a new three-year contract with the Calgary Flames and a door has now opened for him with the departure of important offensive elements.

It was the soap operas of the summer: Johnny Gaudreau and Matthew Tkachuk left Alberta to end up with the Columbus Blue Jackets and the Florida Panthers respectively. Mangiapane, usually in the shadow of the two wingers who broke the 100-point plateau last season, finds himself with a golden opportunity.

“When two big names on offense leave the team, there is room for others to benefit, including me,” said the 26-year-old Ontarian on Wednesday, in an interview with the website of his team.

This possible opportunity on the first line of the Flames, Mangiapane did not steal it. The left winger has gone from strength to strength and managed to score 35 goals in 2021-22 even though he was playing on the second or third unit.

He had a career-high 55 points in his fifth season in the National Hockey League (NHL).

“It’s great to be able to present these statistics. Going into the season, I wanted to help the team win in every way possible. And the more the season went on, the more opportunities I got, good scoring chances, and I tried to take advantage of them,” explained Mangiapane, a former sixth-round pick in the 2015 draft.

“It is the result of having gained confidence and for believing in me, he added. I always thought I was a good hockey player, but maybe my early career was a little shy. I believe, now, that I'm blossoming and showing the world what I can do, and that I can be an impact player every night.”

Whoever gets their hands on a salary $5.8 million will be battling newcomer Jonathan Huberdeau and former Montreal Canadiens Tyler Toffoli to play alongside Elias Lindholm on the first line.

Other wingers at available to head coach Darryl Sutter, we find in particular Milan Lucic, Blake Coleman, Dillon Dubé or even Quebecer Jakob Pelletier, who could make his NHL debut in 2022-2023.