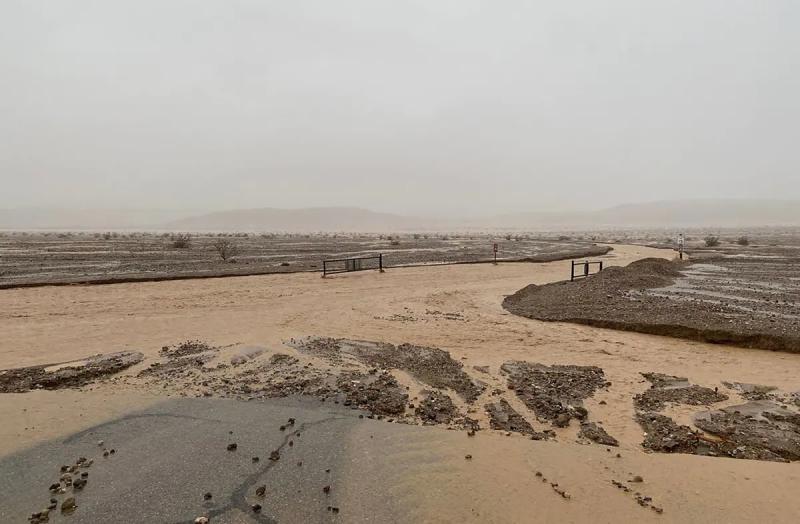 California are definitely not immune to climate change, but after earthquakes or wildfires, their greatest threat would be that of a mega-flood that could turn into disaster costliest natural resource in history, according to a recent study.

This natural phenomenon could occur within the next four decades and would be unlike anything seen before, according to researchers in a Science Advances, study published Friday.

A mega-flood is considered to be “a very severe flood occurring over a wide area and likely to have catastrophic consequences for society in the affected areas.”

With these massive floods, the plains of California could become a “vast inland sea”. The state is naturally prone to flooding due to atmospheric rivers.

The most affected region would be California's Central Valley, which includes cities like Sacramento, Fresno, and Bakersfield.

It is considered the region that produces a quarter of the United States' food supply, according to the US Geological Survey.

A flood of this size could cause losses of more than 1 $US trillion and also devastate Los Angeles and Orange counties, becoming the costliest natural disaster in the country.

As a comparison, this type of damage would be more than five times the cost of Hurricane Katrina in 2005, considered the costliest disaster in the country's history.

“Ultimately, we hope that the analysis described here can serve as a framework for emergency response based on scenarios and regional adaptation efforts in the era of climate change , both in California and beyond,” reads the report.