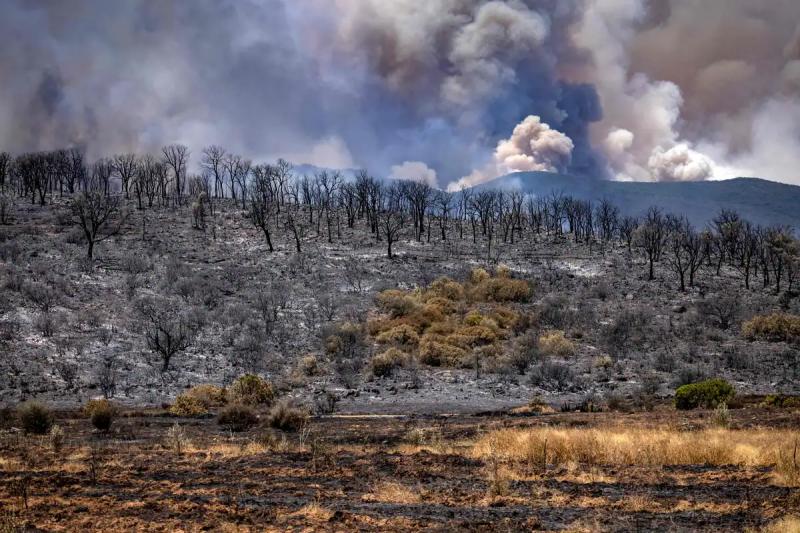 A major fire that broke out in a forest in the Tetouan region, located near the port of Tangier in northern Morocco, was brought under control by response teams on Friday, said local authorities.

About 500 hectares of forest cover were ravaged by the flames, without causing any casualties, according to the same sources.

About fifty families, living in three douars (villages), have been evacuated as a precaution.

Fire services are now focusing their resources on the remaining households in the province, they added.&nbsp ;

In the region of Larache, the most affected by the disasters since mid-July, firefighters continue to fight against the only uncontained outbreak in the province, according to local sources.

This province south of Tangier was particularly affected by forest fires that killed three people and destroyed thousands of trees. ctares. A volunteer who was fighting the flames also perished in the neighboring province of Taounate.

A villager was indicted for involuntary fire in Larache.

According to the Ministry of 'Agriculture, the total area affected by forest fires in several northern regions of Morocco has reached 10,300 hectares since mid-July.

Morocco is hit by scorching temperatures, in a context of drought outside norm and water stress.