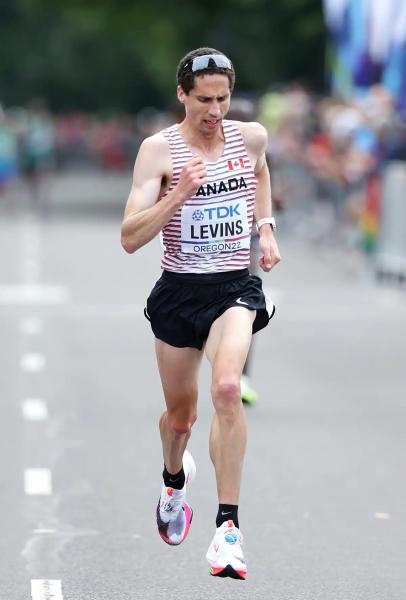 British Columbian Cameron Levins set a new Canadian record by completing the marathon at the World Championships in Athletics in two hours, seven minutes and nine seconds on Sunday in Oregon.&nbsp ;

The 33-year-old athlete broke the previous mark by 25 seconds.

Levins finished the day's competition in fourth place. This is the best Canadian result at the prestigious event.

Peter Maher previously held the record with a 10th place finish at the 1993 Worlds.