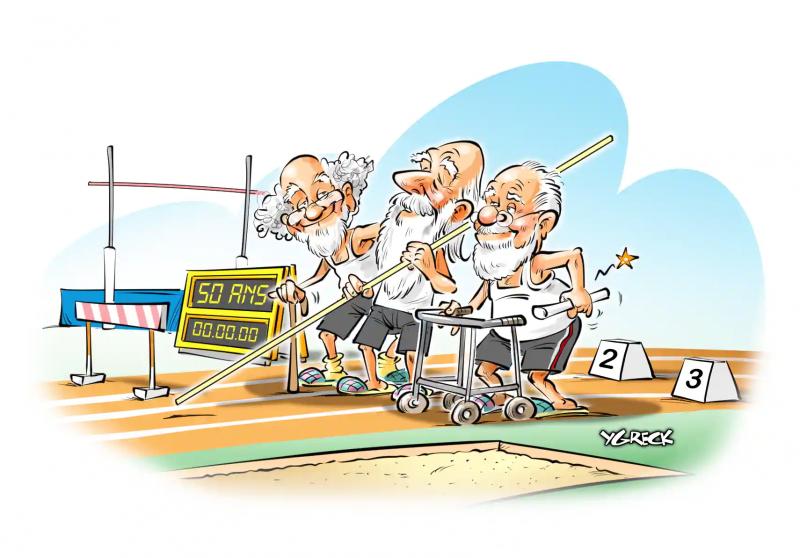 If your eyes, your curiosity and your attention stop in these pages, it is because you like sports.

The one you look at in the media, the one you like to see as a spectator and also the one you practice. And if you have consumed one or more competitive sports, you remember moments that made you vibrate deeply. You are committed. You measured yourselves. You won, you lost. You cried with joy and learned to laugh at your poor performance.

You have rubbed shoulders with better and worse than you, while discovering the humility of champions, the arrogance of droolers and the accuracy of wise men. The very teaching of sport.

As a team, you have learned solidarity, fraternity. You played with respect, loyalty and even pain. You will probably have faced the powerful and you will have raised the weak.

Sport has marked your life and it is wonderful. At work, in family or friendly life, lessons from the disciplines have remained in your memory and have helped you and will help you again.

Next September 24 in a restaurant in Valleyfield, warm tears rich in memories will flow down perhaps a little wrinkled cheeks. A hundred women and men will meet fifty years later. Half a century later, athletes who proudly wore the colors of the Campi athletics club and who were to compete in all regions of Quebec would find themselves at the same table.

In 1972 , even before the Montreal Olympics, athletics did not fill all the gymnasiums and tracks and lawns. The followers were convinced, disciples, practitioners who over the miles in the school bus motivated and inspired each other with the means at hand.

We therefore drew up a list of all these activists who carried jealously the colors of Valleyfield, of these dreamers in running shoes.

For 50 years, they have been scattered throughout the rest of Canada, in Germany, in France, but obviously, they have never forgotten each other.

Nearly 100 of these athletes and coaches , 55 years old and almost 80 years old now, have been traced after several hundred hours of research and they will indeed be there on the 24th at the Salaberry restaurant. They will look back and they will raise a glass to the benefits and attachments that sport has installed in their lives.

Above all, they will say “thank you”. And the goodbye will be moving.

Yes, these pages are important like the pages of your personal sports life. Campi one day, Campi always, will they want to chant in this evening that I predict will be unforgettable. I will add “once a sportsman, always a sportsman”. Congratulations to those who will have managed to find you, to reunite you, a real tour de force. And congratulations to you who will be there with all your heart.

The Century Series players do it, so let's do it. Let's meet. Sport is health…both physical and mental. Sport is often the human being in his most resourceful, committed, joyful and amused apparatus. A wonderful mix of accomplishment, imagination and schools. There are a host of things that we will never forget and which are wonderful to rehash.