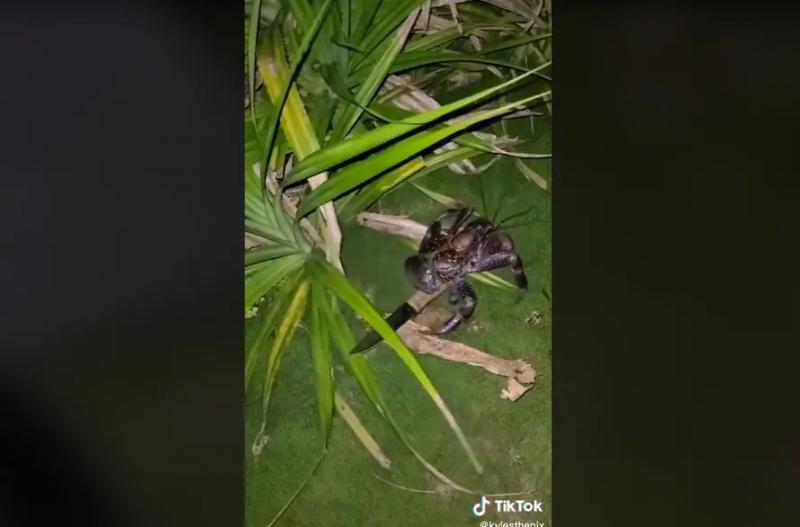 A man in Japan had a nightmare when he woke up, camping, and saw the world's largest species of crab lurking in the dark with a steak knife between the claws.

Michigan native Kyle King was camping on Komaka Island in Okinawa, Japan, when he was awakened by a “scratching” noise at outside his tent, according to the New York Post.

When he ventured outside, he came face to face with a giant crab holding a knife and who seemed to want to attack him.

To enlighten himself, the American turned on the flashlight on his phone and then began to film. His video was subsequently viewed more than 1.5 million times on TikTok. Under his publication, the man claims to feel “lucky to be alive”.

Kyle King a finally managed to kindly grab the knife and thanked the little animal for its cooperation.

Coconut Crab, too called a “robber” crab, can weigh up to 9 lbs and measure up to a maximum of 3 ft. The crab is so nicknamed because it is known to steal anything it can grab with its giant claws.