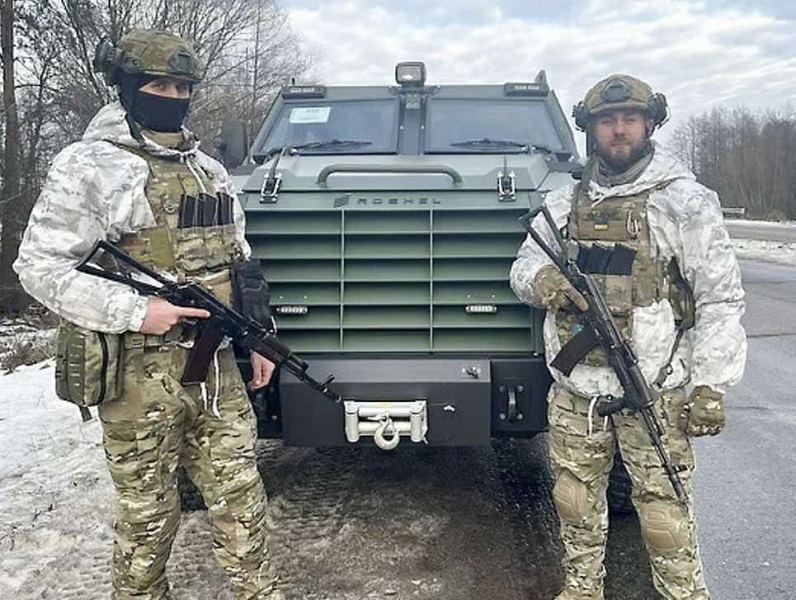 Canada will provide Ukraine with an additional 200 light vehicles made in Mississauga, a suburb of Toronto, by a manufacturer employing more than 80 Ukrainian refugees who defend their country, in their own way.

Defense Minister Anita Anand is due to make the announcement on Wednesday morning, after meeting earlier in the day in Kyiv with her counterpart, Ukrainian Minister Oleksii Reznikov. The minister is in Europe on a special mission.

“Doing nothing is not, and never can be, an option for Canada. This aid is at the heart of our own national interests,” Ms. Anand said in an open letter to the Journal. “We are and will be for as long as it takes with Ukraine, because what happens now will determine the world in which our children will grow up.”

In Canada, a Ukrainian defends his country

Constantin, a Ukrainian refugee who wanted to withhold his last name for fear of reprisals for his family, has been working at Roshel, Canada's largest light-duty vehicle manufacturer, since July, just two months after his arrival in May.

Working as a mechanical engineer in the field of agriculture, the 56-year-old said he was “very grateful” to now be able to work as a supervisor of welding works on the assembly line of the “Senator”, the model of vehicle light that Canada ordered for Ukraine.

Constantine spoke to QMI Agency through Roshel founder and leader Roman Shimonov, who acted as an interpreter between Russian, Ukrainian and English.

Constantin has been working at Roshel since July. He works as a welding supervisor for the armored vehicle that Canada will donate to Ukraine.

A particular story binds him to his new job: it was with a “Senator” built in Mississauga that the Kraken unit of the Ukrainian army evacuated the building in which his mother lived, in Vovchansk, a village located 4 kilometers from the border with Russia.

For Roman Shimonov, the work that Ukrainian refugees do at Roshel is not just a livelihood.

“They are helping to defend their country, for the people who are on the ground and fighting for the freedom of Ukraine. They work very hard because it's one of the only ways for them to help their brothers and sisters and their parents stuck there,” Mr. Shimonov said over the phone.

Military, engineers , welders: Mr. Shimonov says he has put together a full team of competent people dedicated to a project for Ukraine. He found his new employees through different channels, including social media.

Constantin lives with the hope that the war will end one day to join his family in Vovchansk. Unfortunately, this is not for tomorrow, since new Russian attacks have forced new evacuations in the last few days, so much so that his mother is thinking of moving to Kharkiv, another city in eastern Ukraine which was recently bombed.&nbsp ;

The engineer was keen to thank Canada for its help so far, but says he would be 'even more grateful' if the country and NATO allies provide more heavy artillery, as the president is calling for Volodymyr Zelensky himself.

More than 200 “Senators” have been delivered to Ukraine as of today today. Canada has already sent 8 in the past, but Roshel has received orders from several other countries, including Europe.

Even if the construction has not started, Roman Shimonov predicts that a first batch from the new contract with Ottawa should arrive in Ukraine as early as March and that all of the 200 vehicles should be delivered “before summer” .

Totaling nearly $90 million, this new shipment complements the additional $500 million announced in the fall by Justin Trudeau. More than $405M of the amount is spent on providing NASAMS advanced air defense system.

The Senator is an armored personnel carrier (APC). Defended against most types of ballistic ammunition, it is primarily used for transporting military personnel in the field. field explains Mr. Shimonov. The new version that Ottawa will send will be adapted to install a weapon to respond to an attack.

The different types of Roshel vehicles find a variety of customers: NASA, the US State Department or the Montreal security company GardaWorld.