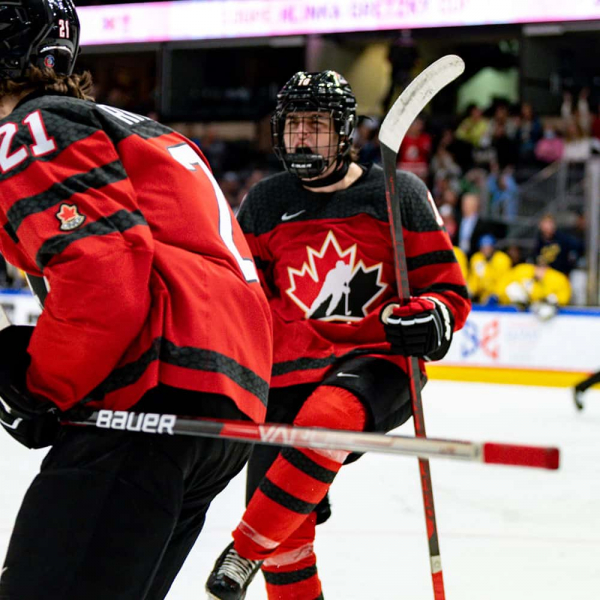 For the first time since 2018, Canada won Hlinka-Gretzky Cup gold by defeating Sweden in the final 4-1 on Saturday night in Red Deer, Alta.

Representatives of the Maple Leaf have won this tournament reserved for the best prospects under 18 for the 23rd time since 1991. Russia, which was excluded from this edition of the eight-team competition, came out on top in 2021 and in 2019. The 2020 event was canceled due to the COVID-19 pandemic.

Already the author of an excellent tournament, Quebecer Ethan Gauthier climbed to the top of the scoring charts with a sixth success, which was, moreover, the net of Canada's victory. On the power play in the first period, the Sherbrooke Phœnix player accepted a throw-in from Riley Heidt in the slot and beat goaltender Noah Erliden with a sharp shot in the upper part.

Les Canadiens didn't look back after that, adding goals from Calum Ritchie in the middle frame and Brayden Yager with 4:04 to go in the third period. Tanner Howe broke the ice early in the game.

The Scandinavian country will have to wait a while before they claim their first title since 2007. They have reached the final four times since, never being able to finish the job.

Earlier in the day, Finland won the bronze medal match 3-1 against Czechia. It was the Finns' first appearance on the podium since 2012.

Forward Mathieu Cataford (Halifax Mooseheads) and defender Jordan Tourigny (Shawinigan Cataractes) are the other Quebecers who were in Red Deer for this tournament.