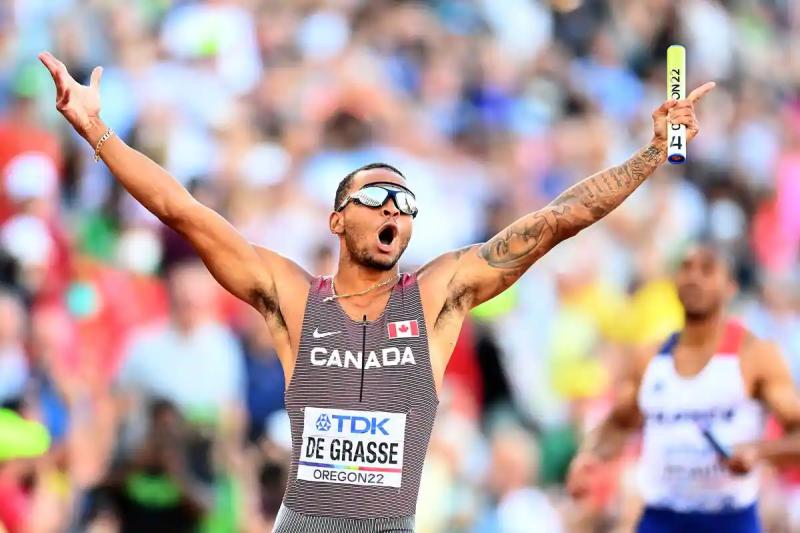 The Canadian 4 x 100 meter relay team was crowned world champions on Saturday at the World Athletics Championships in Eugene, Oregon.

The team made up of Jerome Blake, Aaron Brown, Brendon Rodney and Andre De Grasse set a national record at the same time by finishing the race in 37.48 seconds.

The Maple Leaf topped its eternal rival, the United States, at the finish line by seven hundredths of a second. Great Britain is on the third step of the podium.

Canada's last victory in this event at the World Championships in Athletics dates back to 1996.

Recall that De Grasse had decided not to take part in the 200 meter race – of which he is the reigning Olympic champion – to concentrate on the relay. His bet thus paid off, and it was he who led his team to victory by virtue of an inspired sprint in the home straight of the event.