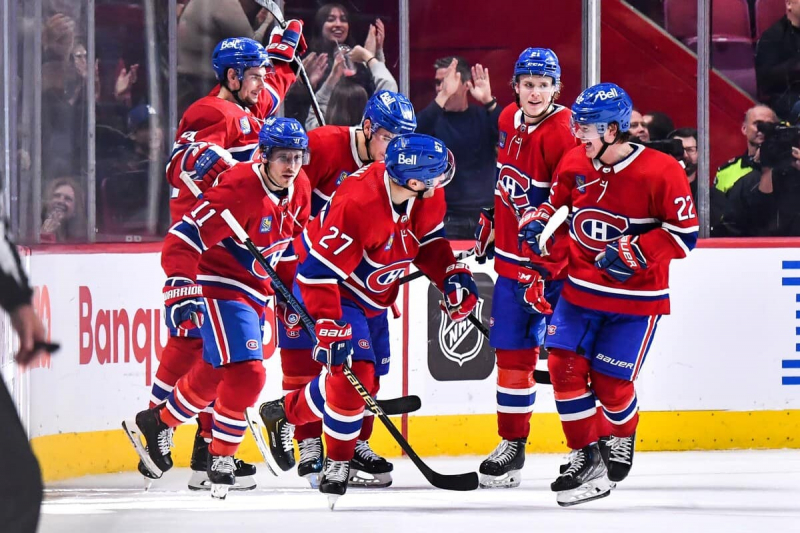 The Montreal Canadiens may have returned empty-handed from their time on the road, but their two wins in as many chances at home give reason for optimism.

Captain Nick Suzuki, author of the first goal of his team, also notes a change of course compared to previous seasons.

“The last few years we haven't been good at home,” he admitted after training on Tuesday. We want to change that. We're off to a good start at home and we want to keep the pace.”

Among the heroes of Monday's victory of 3 to 2 in overtime at the expense of the Pittsburgh Penguins, there was also Quebecer Jonathan Drouin. He was an accomplice to Cole Caufield's equalizing goal at the very end of the duel.

“Each team will tell you this: you want to be good at home, he summed up. After Suzuki's goal, the crowd was in the game. We have to use that when we have the chance.”

Left out for the first two games, Drouin seemed to find his ease on the ice against the “Pens”. He was visible in the offensive zone and completed several defensive withdrawals with determination.

“It took a few games [before] I found my timing,” he said. When it's been seven or eight months since you played… for me, I have to feel good when I have the puck. It took a while, but I'm starting to find my bearings.”

Pleached during the first 12 periods of the season, the Habs' power play finally hit the bull's eye at the most crucial moment of Monday's game: in overtime.

“We're still developing chemistry on the power play,” Suzuki said. It's good to score a goal and we hope to keep it that way.”

On the winning streak, it's not a Caufield cannonball which made the difference, but the good positioning of Kirby Dach at the mouth of the net.

Suzuki was pleased with this different strategy, which will come in handy as teams increasingly focus on the dynamic number 22.

“Teams are increasingly focusing on Cole. It gives us more space on the other side. I believe we are capable of hitting the target on both sides. Cole is a great shooter, but if he's covered […] we have to find other ways to get to the net.”

Primeau back in Laval

Recalled by the Canadiens the day before to act as a substitute for Samuel Montembeault, goalkeeper Cayden Primeau returned to Laval on Tuesday, as he was demoted to the Rocket.

For his part, defender Corey Schueneman found the bosom of the Habs. On Monday, Jake Allen had to be absent for family reasons: his wife gave birth to the couple's third child.

Montembeault stopped 26 shots for his first win of the campaign. Meanwhile, Primeau will try to revive the Rocket, defeated twice in a row by the Belleville Senators in the season opener last weekend. The Canadian's school club will welcome its 2022 playoff scorers, the Springfield Thunderbirds, on Wednesday.

In addition, forward Kirby Dach as well as defenders David Savard and Kaiden Guhle missed Tuesday's practice in order to undergo treatment. For his part, veteran Joel Armia (upper body) skated alone before the session. The date of his return to play remains undetermined. The same goes for guard Joel Edmundson, who also skated.

The Habs will host the Arizona Coyotes on Thursday.