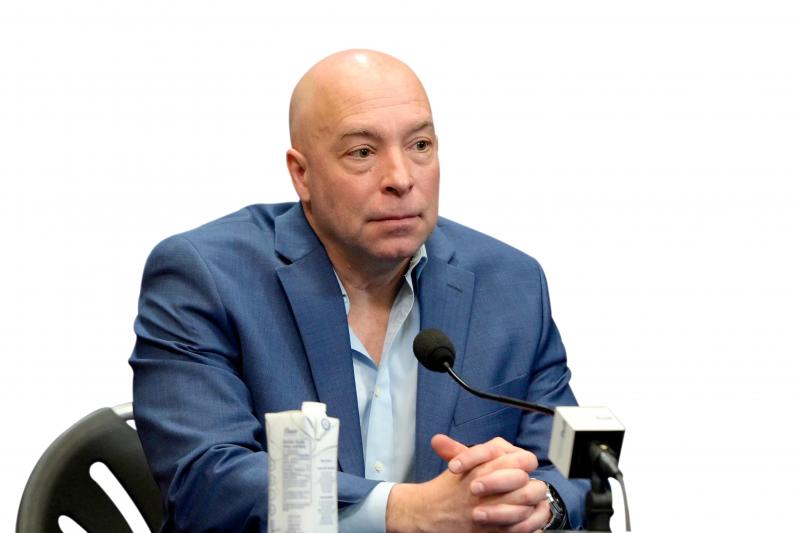 It is with a somewhat different face from that of last year that the members of the Canadiens will present themselves on the fairways of the Laval-sur-le-Lac golf club, Monday morning, where the organization will hold its traditional tournament officially kicking off its activities.

To the turmoil of the regular season fight that led to the dismissals of Marc Bergevin, Trevor Timmins and Dominique Ducharme, among others, and to the transactions involving Tyler Toffoli, Ben Chiarot, Artturi Lehkonen and Brett Kulak, were added a few movements of summer staff.

There is no doubt that Kent Hughes took advantage of the off-season to demonstrate that it is still possible to make transactions even if the situation does not seem to our advantage. All it takes is a little imagination.

No, Shea Weberstill hasn't retired. However, his last four years of contract at $ 7.857 million each will no longer encumber the Canadian's payroll. Looking for flexibility below the cap, the Golden Knights raised their hands to acquire the captain of the Canadiens. In return, the Habs acquired Evgenii Dadonov, whose contract will expire at the end of this campaign. Until then, the 33-year-old left winger could bring some depth to the Habs' attack.

The Canadian is stealing the show

After having surprised the thousands of spectators gathered at the Bell Center by preferring Juraj Slafkovskyto Shane Wright in the very first row of the selection session, Kent Hughes went there with a bang. He first traded Alexander Romanov to the New York Islanders for their first-round pick, 13th overall. Then, he traded that pick to the Blakchawks to get his hands on center Kirby Dach. Due to a severe wrist injury suffered in 2021, the 21-year-old striker has still not been able to take off.

More than seven months after indicating his intention to be transferred to an American team for family reasons, Jeff Petryfinally saw his wish come true. The defender made his way to Pittsburgh with Ryan Poehling. In return, the Habs got their hands on Mike Matheson, a 28-year-old left-hander. The athlete from Pointe-Claire has just experienced the most productive campaign of his career. In his sixth season in the NHL, he had 31 points, including 11 goals.

Movement behind the bench

One month after losing the services of Luke Richardson, named head coach of the Chicago Blackhawks, the Canadiens have hired Stéphane Robidas as assistant coach. Much like Richardson, who held the position for four seasons, Robidas will watch over the team's defenders. It's a return to basics, almost 20 years later, for the Sherbrooke native, whom the Habs drafted in the 7th round of the 1995 draft.

One service attracts another

Well aware that the Flames wanted to attract Nazem Kadri to Calgary, Kent Hughes offered his counterpart Brad Treliving to relieve his payroll by a few million dollars. To do so, he agreed to acquire Sean Monahan, whose final year of contract left a footprint of $6.375M below the cap. As compensation for this service, Hughes also acquired the Flames' 2025 first-round pick. All for absolutely nothing.

In order to be able to insert the Kirby Dach contract, which will receive $ 3.36 million annually for each of the next four seasons, Kent Hughes has no choice but to move ahead of his plans for Carey Price.

Realizing that he will not be able to count on his goalkeeper to start the season, the general manager of the Habs has chosen to immediately place his name on the long-term injured list, thereby offering himself some flexibility under the salary cap.

The next day, with the Canadiens and Cayden Primeau agreeing to three seasons, Price, in an Instagram post, thanked fans for their support.

Over the past weeks, William Lagesson, Xavier Ouellet, Laurent Dauphin, Jean-Sébastien Dea, Josh Brook and Kale Clague have packed up. Without a contract, they got along with other organizations.