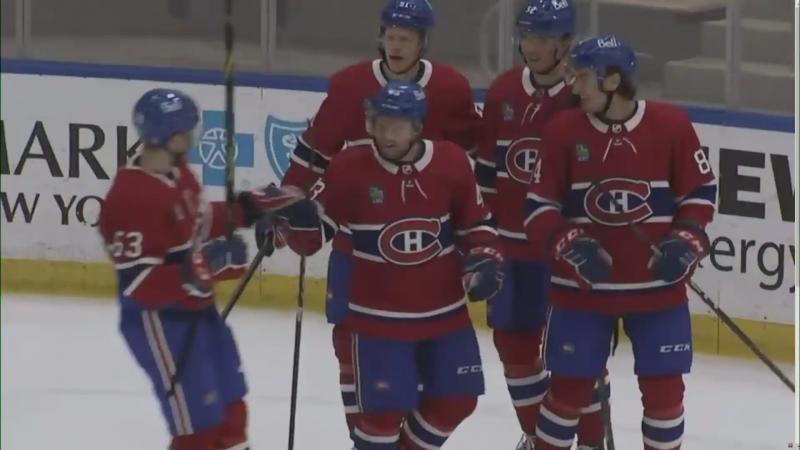 The Montreal Canadiens' hopefuls ended the rookie tournament on a high note, Sunday in Buffalo, with a convincing 7-2 victory against the young players of the Ottawa Senators.

Xavier Simoneau was one of the hosts of this meeting with two nets. Quebecer William Trudeau also hit the target once.

It was Emil Heineman who opened the scoring. Obtained in return for Tyler Toffoli last February, the 20-year-old Swede looked good in this meeting, he who also obtained at least one assist.

Brett Stapley, John Parker-Jones and Riley Kidney also found the back of the net.

Representatives of the Bleu-Blanc-Rouge had previously suffered losses of 4 to 3 against the New Jersey Devils and the Buffalo Sabres.

Quebecer Zachary Massicotte has obtained an invitation to the Senators' rookie camp. The 6'4″ defender, however, had the bad idea to fight with Arber Xhekaj. Stunned by a solid right, he left the match immediately. The Senators said he was suffering from an upper body injury.

Massicotte had scored a goal before that fight. His teammates Angus Crookshank also threaded the needle in the loss.

Looking for an invitation to the big camp of the “Sens”, Massicotte has accumulated six goals and 18 points in 57 games with the Shawinigan Cataracts last season.