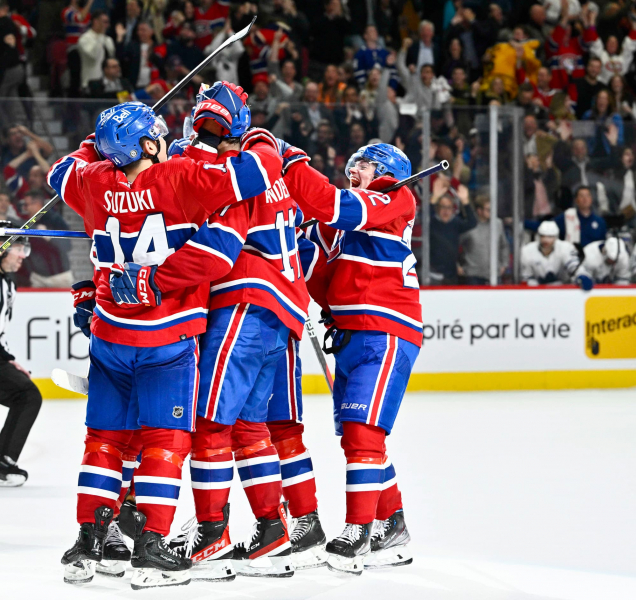 Carey Price waved to the crowd in his black cowboy hat, Juraj Slafkovsky, Kaiden Guhle and Arber Xhekaj played their first NHL game, but it was Cole Caufield who made the most noise on this opening night with two goals.

Martin St-Louis said it, he did not care about the record of no victory in eight games (0-6-2) of his people. He probably had enough experience to throw that record in the trash.

In his first game of the year, the Canadiens confounded the doubters by signing a 4-3 victory against the Maple Leafs from Toronto yesterday at the Bell Centre.

Josh Anderson put the exclamation mark on a colorful night by scoring the game-winning goal with just 17.9 seconds left in the third period. He fired a perfect shot into the top of the net to beat Matt Murray, Toronto's new confidence man.

Caufield had brought some light to the drawn-out camp with four goals, all four on the power play. The little number 22 continued his momentum from the first meeting by scoring the first two goals for the hosts.

Both times, Caufield beat Murray five against five with precise shots in the top net.

“I feel good,” Caufield said. When you're a scorer, you're always happy to find the back of the net. It's good to have a good start, but consistency is just as important. With the end of the match, we showed our resilience. »

Acquired from the Flames along with a first-round pick in a deal that aimed to free up a few million from their payroll, Sean Monahan has offered some interesting signs in his first steps in Montreal.

Monahan celebrated his birthday in style by hitting the target in the third period.

Now recovering from hip surgery, the former 2013 Calgary first-round pick showed that he still had gas in the tank.

At least for now.

THE LAP OF HONOR

There are rituals in the world of hockey. The CH respected an old tradition by asking Juraj Slafkovsky, Kaiden Guhle and Arber Xhekaj to jump on the ice first for a short tour of the ice before the other players arrive. The three youngsters participated in their first game in the NHL against the Maple Leafs.

MONAHAN AS AN ALTERNATIVE

At 21, Dach is far from a master in the face-off circle. At 32.8%, he had the worst record among NHL centers last year. St-Louis understood that he would need help at the start of the season by betting on Sean Monahan on the left wing of his line. The former Flames took the vast majority of faceoffs (9 in 15). Dach practiced only twice (0 in 2).

Kirby Dachwore the Canadiens uniform for the first time. In the second period, the Blackhawks' third overall pick in the 2019 draft came close to scoring his first goal with his new team. He slid the puck over the corner of the right post, going around Matt Murray's net. On replay, the puck could still be seen touching the red goal line under Murray's ribs.

Kaiden Guhle won the confidence of Martin St-Louis and Stéphane Robidas with a very good camp. In his NHL debut, the 20-year-old defenseman looked nothing like a rookie. He played with aplomb alongside David Savard against the Leafs' first line of Matthews, Marner and Bunting.

+ Cole CaufieldHe draws faster than his shadow, a bit like Lucky Luke Cole Caufield missed the target in the first period on a two-on-one run with Nick Suzuki He redeemed himself with two goals in the next period – The power playIt takes a bit scratch to find the negative But the Habs did not threaten Murray's net too much on the power play The CH were shut out on four occasions The Leafs also finished the evening at zero in four on the power play 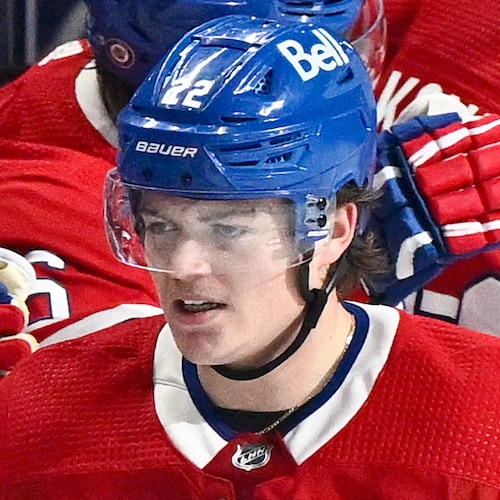 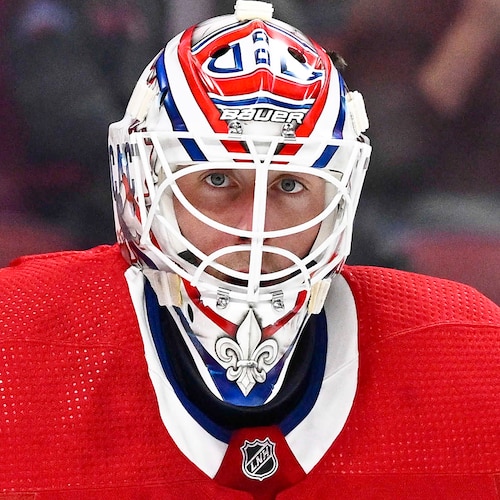