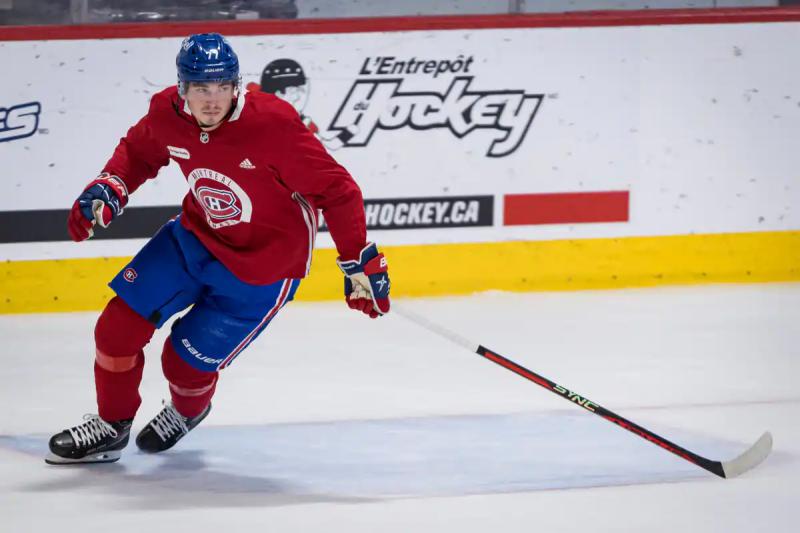 The first intra-squad game of the Montreal Canadiens' training camp on Friday morning in Brossard ended with a shootout in which Rem Pitlick and Kirby Dach went highlighted.

Both men beat goaltender Antoine Coulombe to give Team B the victory at the expense of Team A. Pitlick served a few fakes to the Quebecer before slipping the puck behind him. Then, Dach came forward to unleash a sharp shot on which Coulombe saw nothing but fire.

Among the winners, Pitlick and Dach evolved within the first trio completed by Emil Heineman at the start. right. The first pair of defenders were Kaiden Guhle and David Savard, while Jake Allen and Philippe Desrosiers defended the net.

In the opposing half, Cole Caufield played to the left of Filip Mesar and by Mike Hoffman. At the back, Mike Matheson skated alongside Justin Barron. Cayden Primeau was the team's other goaltender.

The Habs will hold an intersquad game at the Bell Center on Sunday afternoon, before starting the preseason schedule by hosting the New Jersey Devils the next day .