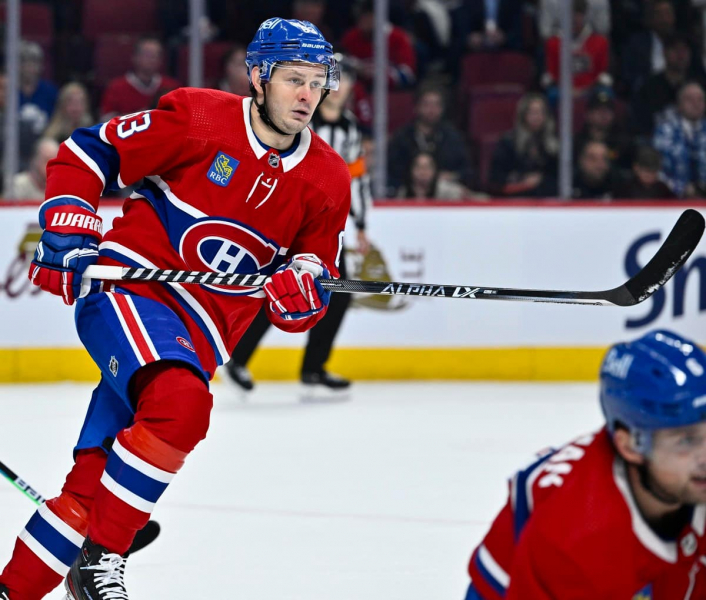 The Canadian could end a superb four-game trip to opposing rinks. Yet the main topic of discussion this week was Evgenii Dadonov. Not Cole Caufield, or Nick Suzuki. Dadonov… possibly the team's 15th striker. Why? Because of the Canadian.

In the afternoon, a few hours before the game against the Jets, the Habs announced that they had placed Dadonov's name on the injured list: another step in this burlesque comedy worthy of Molière's Imaginary Invalid.

A procedure retroactive to Monday, which means that the 33-year-old striker will not be available until Tuesday in Detroit. Kent Hughes therefore has until that day to find a solution to his surplus of players.

Dadonov's retirement allowed the general manager of the Canadian to reactivate the name of Joel Edmundson while respecting the limit allowed of 23 players.

Thus, he avoided sending a youngster like Juraj Slafkovsky to Laval or placing a veteran on waivers with the risk of losing him to one of the 31 other teams.

Was it a written plan? Possible. And even likely if we review the sequence of events since Dadonov's withdrawal from the training, in anticipation of Saturday's game in Saint Louis.

According to the jargon, the Russian was then “healthy scratch”, which means that he was able to play, but that his coach chose to scratch him from training. The next day, the Habs were granted training time off. On Monday, the Canadian announced that this same Dadonov was undergoing treatment.

What happened between Saturday and Monday? Impossible to know. Even that question raised the irritation of Martin St-Louis. There followed a series of explanations where the Canadian made it clear that Dadonov was struggling with a virus. However, “virus” and “treatment day” have always been different categories. Until Tuesday, strangely.

That same Tuesday, Dadonov watched the game on the catwalk with the other players left out. He took the elevator with them and some members of the media. He was also seen in deep discussion with Kirill Kaprisov, his compatriot from the Wild. No risk of contaminating teammates, apparently.

And that's not all. After he practiced on Wednesday and jumped on the rink for practice on Thursday, even doing overtime, his name was placed on the injured list

It's clear that Dadonov doesn't is no longer part of the team's plans. Besides, has he ever been? Yes one time. When he allowed Hughes to get rid of Shea Weber's contract.

Otherwise, no. A veteran who only averages 13mins 29s, who never gets sent into the massive attack, which was once his bread and butter, and who plays shorthanded simply because of 'a lack of personnel for this task (the return of Joel Armia solved the problem) is definitely not part of the plans.

So why talk about it so much, when we don't give a damn ? Because between the Imaginary Invalid and Pinnochio, there now seems to be more than a step. And that, for this reason, everyone looks crazy. The player in question, the head coach, the organization and the journalists… who were finally right to ask questions on Monday.