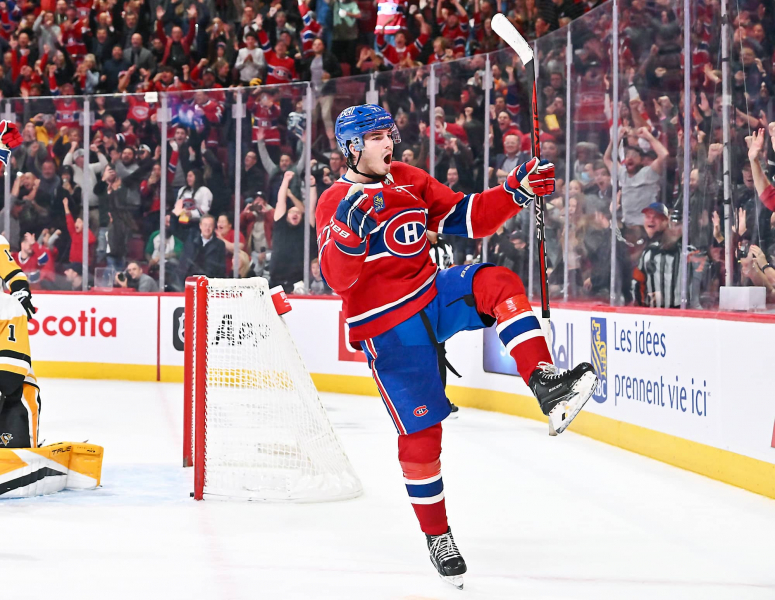 Kirby Dach waited until his fourth game with CH before scoring his first goal. But the former Chicago Blackhawks made it big by beating Casey DeSmith in overtime. He redirected a pass from Sean Monahan during a penalty to Jeff Petry.

“It was special as a first goal. I felt like I was knocking on the door since the start of the season, but I wasn't scoring. There's no better feeling than a game-winning goal in overtime. »

Kaiden Guhle had his first two NHL points, with two assists, but he also played a very strong game defensively. Used to the left of David Savard, number 21 silenced the trio of Sidney Crosby, Jake Guentzel and Rickard Rakell.

“It's cool to get my first two points, but I'm even happier with the win. We have managed a good comeback, we are talking about a team victory. I felt good, but it's just a game. At midnight, I will forget it. I was happy to put in a good performance against a good team like the Penguins, but it's still just a game. »

Equaliser at the end of the third period, while Samuel Montembeault found himself on the bench, Cole Caufield was more talkative to talk about his teammate Guhle.

“Kaiden was great . It looks like he's been in the NHL for a long time, but it's just the beginning for him. He believes in himself. He will really have a great career. »