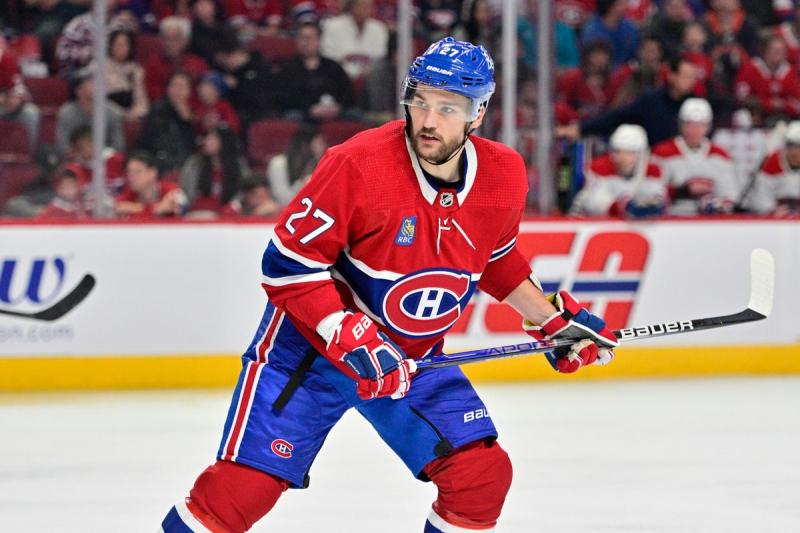 MONTREAL | Jonathan Drouin probably imagined a happier scenario for the first game of the season against the Maple Leafs than finding himself on the press bridge with Michael Pezzetta.

To a few hours of the opening of this season, Kent Hughes spoke about the Drouin file. Like Martin St-Louis, the general manager of the Canadiens chose the right words, stressing that he always wanted to work with him.

“But he is part of our team. We have 14 attackers, we have 14 good attackers. Jo and Martin have a dialogue that is very positive. I don't see any problem with that. Jo is a good teammate. I also like that there will be healthy competition among our players. We also know that a team rarely stays completely healthy. »

On a strict contractual level, Drouin will play big during this 2022-2023 season. In his last year of a pact that brings him 5.5 million, the number 27 will dictate his future in Montreal, but also in the NHL in the coming months.

Asked whether there was still a future for Drouin in Montreal, Hughes remained rather vague.

“Jo is in the last year of his contract, he is not the only one in this situation with the Canadiens, mentioned the DG. Players who show us that they can continue to contribute to the success of the team will have a future with the team. But I can't answer it right now. »

Operated on a wrist last year, Drouin participated in only 34 games. He scored 6 goals and had 14 assists for a total of 20 points.

Hughes also offered news from the 'Infirmary. Injured in the lower body, Mike Matheson will be absent for the first games of the season. The CH will wait for the results of a magnetic resonance examination before making a precise diagnosis.

In the case of Joel Edmundson, he started skating again a week ago.

“There is progress,” noted Hughes. But we don't have a fixed date for his return. Despite this, we are encouraged.

The big defender is recovering from another back injury.