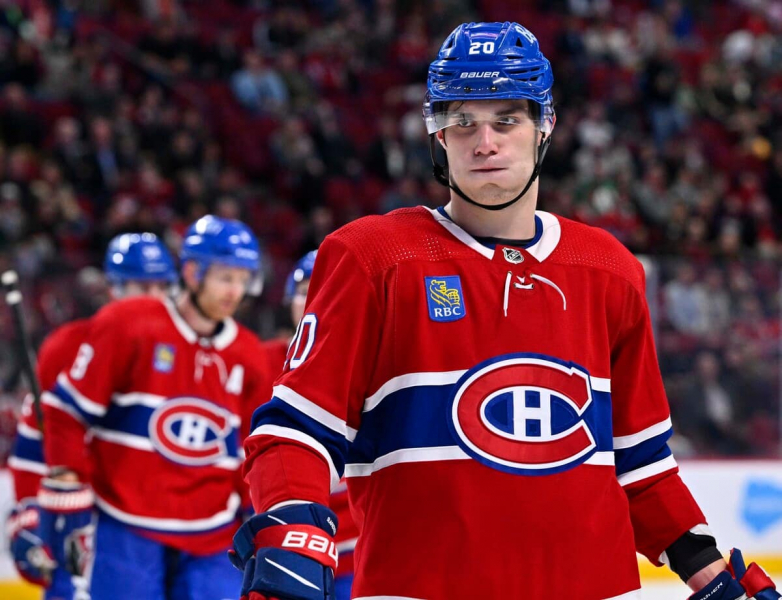 Juraj Slafkovsky, Kaiden Guhle, Arber Xhekaj and Jordan Harris. The Canadian has rarely started a season with so many rookies in his squad.

Obviously, the situation would have been different on the blue line if Mike Matheson and Joel Edmundson had not fallen in combat over the past few weeks. We can assume that the last two would not currently be in the team's entourage.

In fact, Kent Hughes took care to warn that nothing was guaranteed for the young people wolves of his club.

“They remain under evaluation. When we met them, we told them that they made the team today, but that they had to continue to prove themselves,” said the general manager of the Canadian.

If we add Johnathan Kovacevic – who is also considered a rookie despite being 25 – to the name of the three defenders mentioned above, we obtains a quartet which displayed, before this first meeting of the season, a grand total of 14 games of experience in the NHL. There is something to be nervous about.

“Yes, it brings some concern for the team, but it also brings excitement to see our young defenders playing. Xhekaj in Bouctouche, despite what [Ottawa Senators coach] D.J. Smith said before the game, I don't believe the heartbeat was over 70,” Hughes said as an example. /p>

“Guhle, it's the same thing. He improved day by day. He was better during the preseason schedule than during the rookie tournament in Buffalo.The beauty of it is that the pressure to win is not very high. Of course, the general staff wants to see the CH win as many games as possible, but not at the expense of player development.

This is the reason why there could be turnover at the blue line.

“We also have [Corey] Schueneman who can play in the NHL,” Hughes recalled.

Schueneman's case is a little more complicated since he has to go through waivers each time the Canadian wants to send him back with the Rocket.

However, this is not the case for Justin-Barron, Otto Leskinen and Mattias Norlinder who can commute without constraint.

“If we see that, for the development of a young player, it is better to send him to the American League, we will send him to Laval . Even if, at the moment, he gives us a better chance of winning. We will prioritize development. »

A procedure that also applies to Slafkovsky.