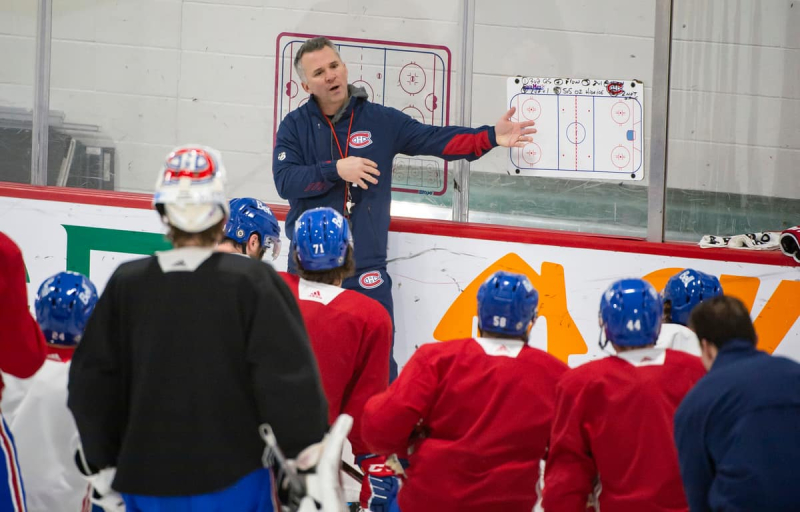 The Montreal Canadiens resumed training after their traditional Sunday off, Monday in Brossard, and they did so without Sean Monahan, who instead got a day of treatment.< /p>

Jonathan Drouin and Mike Hoffman took to the ice ahead of their teammates. The former has been sidelined since November 12 with an upper body injury, while the latter played his last game on November 19 against the Philadelphia Flyers with a lower body injury.

Despite these few minor physical problems, the Canadian is doing well, as evidenced by his two consecutive victories and his 11 in total. He can especially thank Samuel Montembeault, who is doing well in front of his own cage. Even if he will not be in action in the next duel of his people, he wants above all to deliver the goods and win.

“I spoke of consistency and as I said, it am I going to try to get it. It's nice to see coach [Martin St-Louis] trusting me to play two games in a row. I'm really happy, it's two wins in a row and the guys have worked very well, “he recalled after Monday's session about the gains made in Columbus and Chicago last week.

Also, if he concedes a questionable goal, it does not mean that he will take the path of the bench the following evening, which is likely to make him more comfortable in front of the net.

“I try not to think about it. The guys do a great job blocking shots and they help me a lot. It gives me confidence and they work so hard that I want to help them win,” he added.

The Habs, who have won their last two outings, will host the San Jose Sharks on Tuesday before embarking on a four-game journey through Western Canada and Seattle.

Pairs and lines in practice