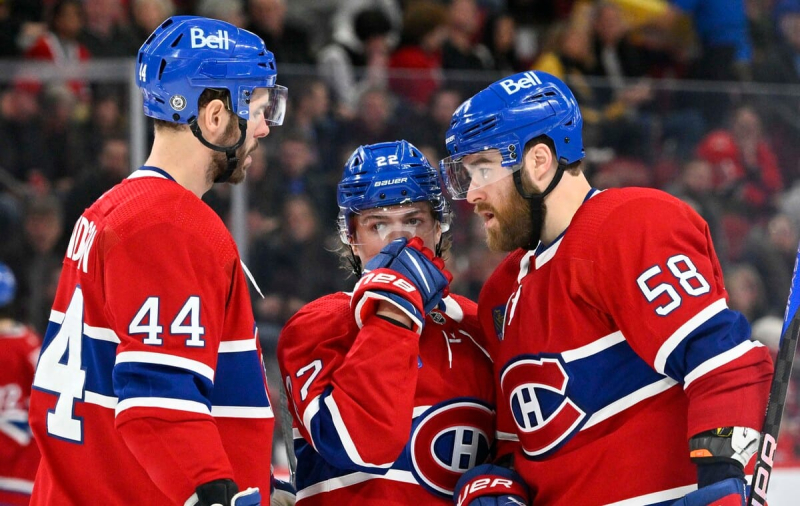 As he has been accustomed to for a few games due to the numerous injuries within his formation, the head coach of the Montreal Canadiens, Martin St-Louis, will deploy a formation of eleven forwards and seven defensemen against the Florida Panthers on Thursday night.

No less than eight backs practiced at the Bell Center before the game. Arber Xhekaj and Chris Wideman were surplus on the right side, but it is the latter who should be left out for a second consecutive meeting, according to St-Louis.

On offense, Jesse Ylonen was still on the first line, alongside Cole Caufield and Nick Suzuki. The usual partner of the latter, Kirby Dach, piloted the third unit in the company of Michael Pezzetta and Evgenii Dadonov. Rem Pitlick and Rafaël Harvey-Pinard made up a fourth line cut off from the left winger.

In a press briefing, St-Louis indicated that despite the numerous injuries, the team's culture had to take the above. Many young people will also benefit from increased ice time to showcase themselves.

“It gives the opportunity to evaluate other players, to make them play a little more, to move on to another chair, said the instructor. You look at the good teams in the league that are successful year after year. They have a culture that is stronger than an individual. Even if they call a guy back or get a free agent in the summer, the train continues. It's thanks to a good culture […] and that's what we try to do.”

The The challenge will be great against the Panthers, who have collected points in their last three games. The Florida representatives had defeated the CH 7 to 2 on December 29, thanks to five points from Aleksander Barkov.

“I think we're in a better place as a team right now,” admitted St-Louis. I can not wait to see. Every game has challenges. Each team brings different elements and you have to know when they are on the ice, like Barkov. Eric Raymond. The New Brunswicker is expected to spend another week on the sidelines with an upper body injury.

Quebecer Samuel Montembeault will be the man of confidence between the posts for a sixth consecutive game. Winner three times during this streak, he maintained an excellent efficiency rate of .946.