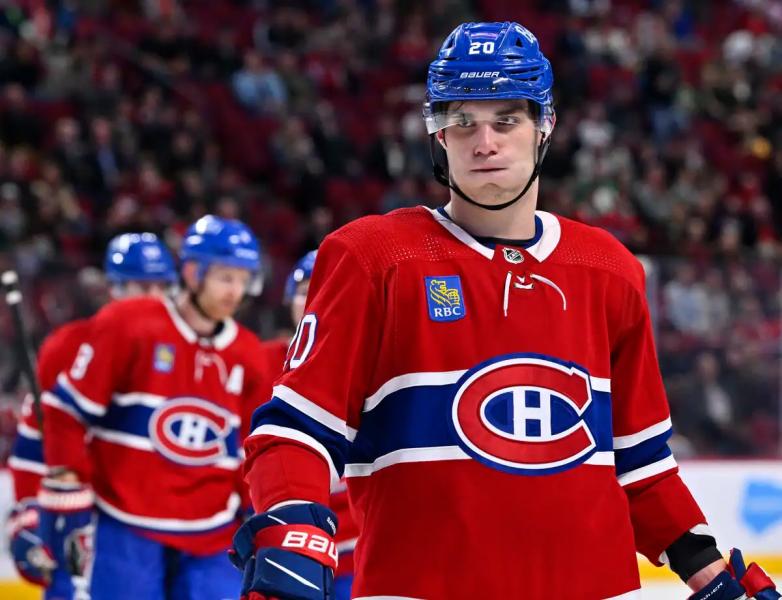 The fate and performance of Juraj Slafkovsky have aroused passions since the start of camp, but the Canadiens' alumni remain unmoved. The same word keeps coming back to them: patience.

We met on Tuesday on the sidelines of the launch of Pat Laprade's book entitled Émile “Butch” Bouchard: Le roc de Gibraltar du Canadien of Montreal, Pierre Bouchard, Yvon Lambert and Pierre Mondou have all called on fans to give the first pick in the last draft time to develop.

Bouchard was skeptical from the moment he was selected on July 7 at the Bell Center. Skeptical not towards the young man, but well towards the hype caused by his selection itself which consequently adds pressure on the shoulders of a young man of 18 years.

“It doesn't make sense! he protested. When we drafted him, everyone was on it as if they had drafted Jean Béliveau. You can burn these guys by pushing them too hard. Sometimes they don't dare send them to the American League…”

“He has to get used to it. He was in Europe and he comes to live in North America. There are a lot of things that are different, people don't think about that. “He is paid, “enweille”, [that he produce]”. But there is an adjustment period. You have to be patient.”

The same goes for Lambert, who believes for his part that only a few exceptional players are ready to begin their career in the National Hockey League (NHL) at 18 years old.

He does not hesitate to warn against a possible scenario à la Jesperi Kotkaniemi. The Finn had started the 2018-2019 season in Montreal after hearing his name at the third level of the amateur auction a few weeks earlier. He has so far been limited to 91 points in 237 career games.

“I personally believe there are no 18 year old guys ready to play except Sidney Crosby, Bobby Orr, Connor McDavid; they are exceptional, these guys, argued Lambert, who himself needed three years in the minor leagues before joining the Canadiens in 1973-1974.

“[Slafkovsky], since he's big and strong, when the serious games start, he's going to get [shuffled], for sure, for sure. You can harm him [by making him play in the NHL if he's not ready]. They did it with Kotkaniemi. He was supposed to have an extraordinary career and in the end, he manages and that's it.”

Approved by the Devils

Mondou, meanwhile , was until recently a scout for the New Jersey Devils. So he participated in several draft talks and he revealed that Slafkovsky was highly regarded in Newark. If he refuses to speak for his former bosses, he believes that the Slovak would also have been the choice of the Devils.

“Our guys in Europe loved him, he advanced. They said it was really a good choice of the Canadian. They say he's not a super flamboyant guy, but so, so efficient, good hockey head, good decisions. And for his size, he's a good skater.”

On the possibility of seeing him evolve with the Laval Rocket, Mondou dithers. “It's rare [a first choice in the minors],” he explained. But you have to be patient, there are no other options.”