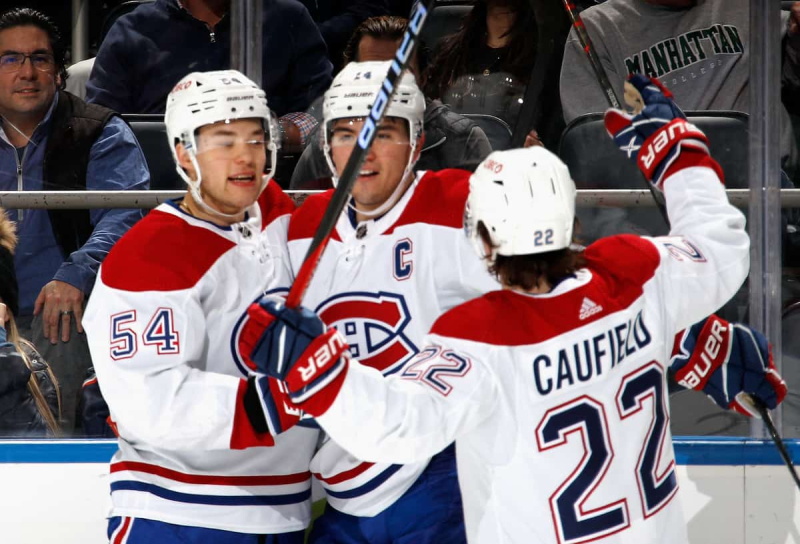 LONG ISLAND | It's no secret. Nick Suzuki is used to playing big minutes. And he risks getting even more responsibility with injuries to Jake Evans and Sean Monahan, two other centers.

Suzuki finished the game with a game time of 22:52 against the Islanders on Saturday at UBS Arena. He shouldn't have been struggling too much since he scored his team's only goal in the third.

Martin St-Louis therefore used his captain for more than 22 minutes for a 16th time this season. To illustrate the importance of numbers, note that only six attackers have surpassed this mark this season. Suzuki has done it 16 times, while Cole Caufield, Kirby Dach, Christian Dvorak, Monahan and Evans have done it once.

“His intelligence helps him even more than his stamina,” Jonathan Drouin said of Suzuki. It fits well and it does not waste energy. It can get heavy if you play 22 minutes every night, but it can get there. »

“Nick is a forward, it's impressive to see him get such big minutes,” added defender Jordan Harris. But it is also proof of his great intelligence as a player. There are several defenders with 22 minutes or more, but it is rarer for a striker. It's no secret he's a huge piece of our puzzle. »

St-Louis talked about juggling for this meeting with only ten attackers on the bench for the last 40 minutes. Drouin took advantage of the changes to get some right wing appearances alongside Suzuki and Caufield.

“He's been playing well lately and he's deserved more minutes,” Suzuki noted. He played well on my goal. I always liked playing with him and if we are together in the next game, we have good potential offensively. “

” I would have liked to score on a slap shot, I touched the end of Sorokin's stick, added Drouin. I would like to unlock. There are games where I have a good playing time and other games not. But it's up to me to find ways to contribute with points or not. I like my game lately. I have played with Suzuki in the past. In the bubble in Toronto, I had had good games with Nick and Joel Armia. »