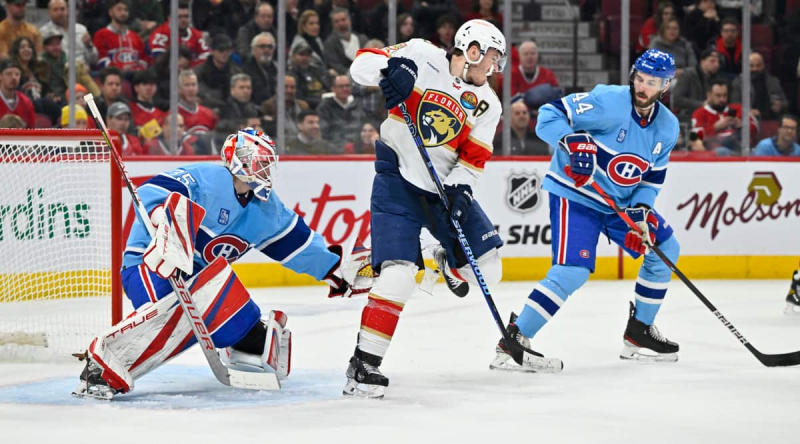 The Canadian played a more than respectable first period. Then it all came crashing down in the second period when the Panthers managed to score four goals on five power plays.

“We shot ourselves in the foot . It was a tight game, then we got five penalties in the second period. You won't win a game like that.”

< p>Samuel Montembeault got his sixth straight start. He allowed five goals on 33 shots before Martin St-Louis sent Cayden Primeau into the fray to let him see some action.

“Tonight, we let him down. He's been very good to us since Jake (Allen) was injured. We shot ourselves in the foot with all these punishments. We have to stay away from the penalty box because it affects our confidence and that of our goalkeeper.”

The game came very close to spiraling out of control in the third period. In the final moments of the match, Radko Gudas tried to take out the knee at the expense of Kirby Dach. A gesture that Josh Anderson did not appreciate.

“He's a bastard player. He's been like that his whole career. It's the way he plays. If you're playing like that, trying to hurt players, you have to at least stand up and respond.”

Even though he was no longer in the game, with a score of 5 to 0 to start the third period, the Canadian refused to take the plogue.

“We didn't want to give up and we wanted to give the fans something to eat. We know they spend a lot of money to attend games.”