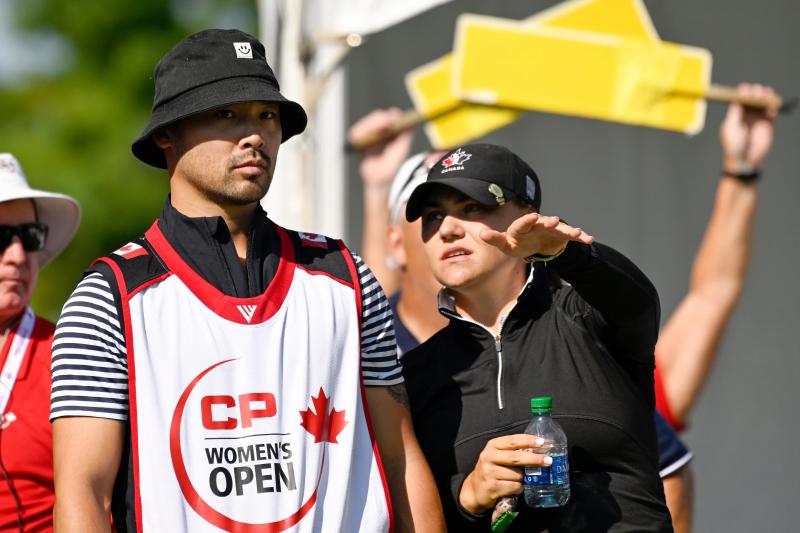 OTTAWA | Brigitte Thibault had the Canadian Women's Open on her calendar a long time ago. Not just because it was set close to home, but more importantly because it would be the scene of one of his biggest decisions. For the first time in her career, the young golfer from Rosemère landed as a professional.

It was at the 2016 Canadian Open in Alberta that Thibault had tasted a first experience on the LPGA Tour. At that time, she was only 17 years old and had barely three years of experience in the golf world.

Little by little, she rose through the ranks in the amateur ranks, joined the American university programs, won prestigious tournaments in the United States and participated twice in the Women's Amateur Championship at the Augusta National.

As everything started at this edition of the national omnium six years ago, it was logical that she made her big leap there among the pros.

“It was my goal . It was important in my decision, she insisted Thursday after her first round of 73 (+2) at the Ottawa Hunt Golf Club. I had planned everything for it to happen here. »

Since last winter, Thibault has been repeating in interviews, notably with Le Journal, that she would make the leap to the pros during the summer.

Decided and a go-getter, she kept her word.

With this big decision obviously comes a life change. The step between amateurs and professionals is high. It's not enough to just focus on sports. You have to be business savvy and tight-lipped to hope for sponsorships.

In the past, Thibault has never been afraid to step out of his comfort zone. She embarked on several adventures, particularly during the pandemic.

A graduate in business administration, she took the bull by the horns and multiplied the approaches. No question of chasing after your “pennies” and stopping your preparations for tournaments.

“I prepared for this big leap. You have to make the right decisions and settle in the right places. It is important to think of everything. I created a budget of around $200,000 because I want to be able to focus on my training and performance rather than constantly worrying about finances,” she explained.  < /p>

“I want to associate with people I trust who will encourage me and stay by my side. I don't want to float in money, but it's important to have enough to play without worries. »

“Each athlete is different. This success depends on the personalities and relationships maintained. I grew up in this universe. I love interacting with people and meeting new people, whether on the golf course or elsewhere. It's a side that I love about business. I manage my relationships with partners myself. »

In order to facilitate her travels, the Quebecer has settled in Austin, Texas, where she will be able to take advantage of all the resources and facilities of the University of Texas Longhorns with whom she played last season. A privilege granted to those who have worn its colors.

To launch her career with the pros on the right foot, the 23-year-old Quebecer thought she would go through the qualification process for the Epson circuit, the antechamber of the LPGA, by finding a certain status. But an early exit from the first qualifying stage left her in limbo.

“Honestly, I was surprised, because I was ready. I thought I had done everything right to prepare for it, ”recounted the one who recorded three rounds beyond par last weekend in California.

She will now have to go through the traditional Monday qualification to access a tournament on the Epson circuit or the LPGA. She will also start on various minor satellite circuits of the United States.

She does not rule out an exodus to Europe to play on the women's circuit.

As the saying goes, all roads lead to Rome. However, some are not as well paved.

“My plan does not change. I want to keep pushing my limits. All ways are good to reach the LPGA. My goal is no different. I want to go there. It will be up to me to find the opportunities and seize my opportunities.