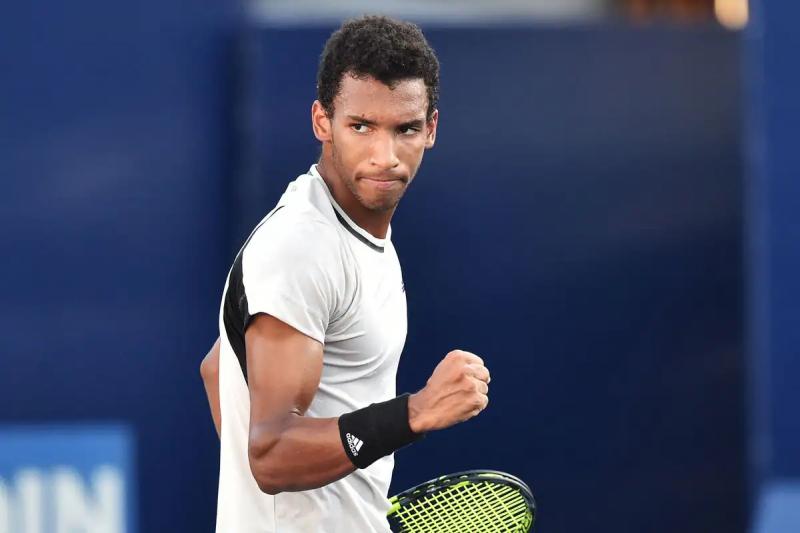 Canadian players won't have it easy in the first round of the National Bank Open. This is the observation that we make after the draw which took place on Friday at Place Ville Marie.

Félix Auger-Aliassime had a favorable draw. With his pass, he will face a player from the qualifications in the second round.

The Quebecer should play his first game only on Wednesday. It will give him time to have some respite after his participation in the tournament in Mexico.

He is well positioned at the bottom of the first portion of the table. He could go a long way with solid play.

For his part, Denis Shapovalov will have a big record on his hands for his first round match. He will face Australian Alex de Minaur, 21st in the world. This one has just won the Atlanta tournament.

This is not necessarily the duel that the Canadian wanted for his debut at the Montreal tournament. It should be remembered that he has lost eight of his last nine games. His only victory came at Wimbledon at the end of June.

Quebecer Alexis Galarneau will also face a big client. At his baptism of fire at the National Bank Open, he will cross swords with Grigor Dimitrov. We'll see what the young wolf can do against a veteran of the circuit.

Finally, veteran Vasek Pospisil, who earned a bye to the main draw, will have a tough challenge as he takes on American Tommy Paul.

Several matches will be interesting in the first round. Among these, we note a clash between Marin Cilic and Borna Coric. Cilic missed the last Grand Slam tournament due to COVID-19.

We can expect him to have a knife between his teeth. The Croatian is never an easy client, no matter the surface.

As for ATP enfant terrible Nick Kyrgios, he was unlucky in the draw by lot. With a first-round win, he could get a date with Russia's Daniil Medvedev in the second round. quality. The Wimbledon runner-up is in a good streak and has shown he can be dangerous against anyone.