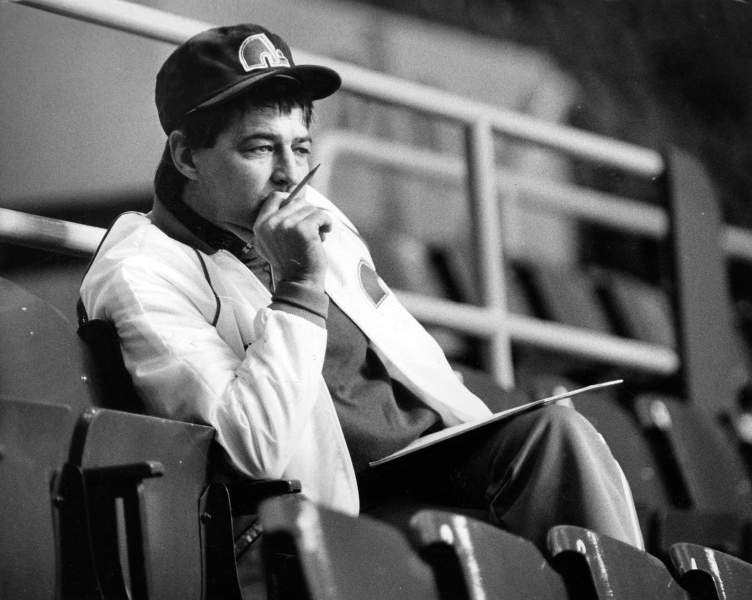 Imagine the scenario! An emblematic figure in the rivalry between the Canadiens and the Nordiques, Michel Bergeron came very close to finding himself behind the bench of the Montreal club after the resignation of head coach Pat Burns in May 1992.

This is what one of the episodes of the documentary series Nordic Canadians – The Rivalry, which will be available on the Vrai platform from November 29, recalls.

< p>General manager Serge Savard, who incidentally attended little school with Bergeron in the Rosemont district, hesitated for a long time after the Tigre candidacy was pushed by Jacques Lemaire.

“I was sure to get the job, I was ready to turn Quebec upside down,” testified Bergeron, who already imagined Lemaire becoming his assistant behind the bench.

The appreciated hockey man of the public gave an interview as part of the filming of the documentary series Canadiens Nordiques – La rivalité.

Savard had made the right choice

The state of health of “Bergie”, struggling with a heart problem, had contributed to set Savard and the Canadian back. And Demers got the job to better lead the CH to the conquest of the Stanley Cup in 1993.

“It was a hard blow,” admits Bergeron in the documentary series.

“They say that time fixes things, the former coach clarifies, with serenity, in an interview given on the sidelines. of the next launch. For two or three years, it had been difficult, but in 1993, the Canadian won the Stanley Cup. So the choice of Serge Savard was the right one. »

“Jacques Demers has always been a friend, even if, at that time, we were in competition, adds Bergeron. I was an analyst during the 1993 conquest and I wanted the Canadian to win. I was happy for the organization and for Jacques.

It was therefore with Demers behind the bench for the Canadiens that the last great chapter in the history of the rivalry between Montreal and Quebec was written when, in 1993, the two clubs faced each other to one last time during the playoffs.

The documentary series obviously returns to this memorable confrontation. Montreal's Stanley Cup conquest began with the elimination of the Nordiques, yet favorites, in the first round.

If the exploits of the Canadian goalkeeper Patrick Roy remain in the imagination, certain more vigorous situations will also have marked the duel with Quebec.

A classic remains the presence on the ice of Mario Roberge who, during the warm-up period of the third game, had prevented the Nordiques goalkeeper Ron Hextall from completing his routine by going to touch the face-off circle, at the height of the red line.

Guy Carbonneau, then captain of the CH, was at the heart of the scheme and reveals the details in the sixth episode.

The result of the series 4 of 7, won in six games by the Canadian, will obviously have contributed to making this anecdote a legend. The Nordiques had won the first two games in Quebec when Roberge, starting in the third game, had listened to Carbo to play in the mind of the opposing goaltender.

“There is psychology in hockey, c It's extraordinary […] When a guy eats a bowl of oatmeal [before a game] and he scores three goals, he will eat a bowl of oatmeal before each game”, summarizes for his part Roberge, proud of playing his part in disturbing Hextall.

“Ron Hextall was not the same from that third game,” said Canadian defender Patrice Brisebois.

“The Tiger” was known for his fiery character.

“The rivalry was there”

Roy's brilliance and Demers' motivating qualities will have contributed to the course of the Habs, who then defeated the Buffalo Sabers, the New York Islanders and, in the grand finale, the Los Angeles Kings.

Nearly 30 years later, however, the elimination of the Nordiques remains a highlight of this 1993 conquest among hockey fans, both in Quebec and Montreal.

“The Nordiques were favorites for us beat, the rivalry was there, says Stéphan Lebeau. When we eliminated the Nordiques, it was our first little Stanley Cup of 1993.”

If we had to identify a single player who is sorely missing from the documentary series Nordic Canadians – The Rivalry< /em>, this is Patrick Roy.

It would have been interesting to hear him, especially in the sixth episode concerning the course of the CH in 1993.