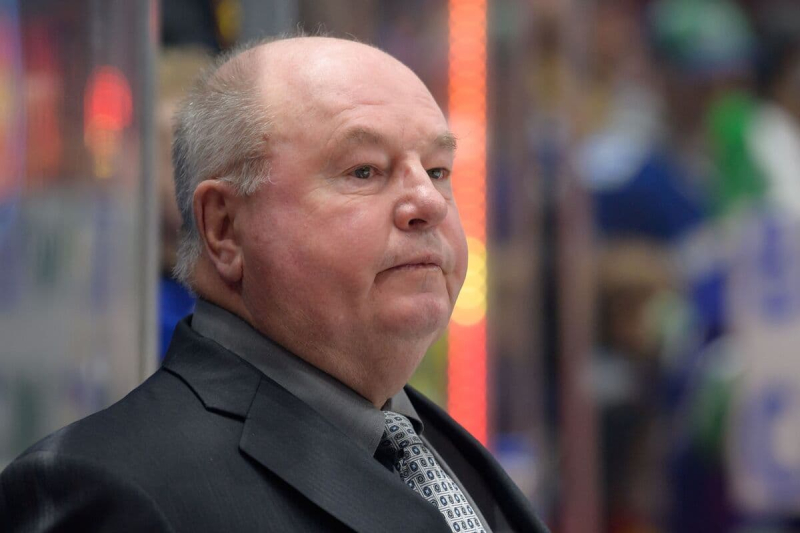 Taking on a new head coach to try to revive their painful season, the Vancouver Canucks have already put Bruce Boudreau out of their minds, believing that a new stage has begun.

The British Columbia organization fired him on Sunday and hired Rick Tocchet, who will coach his first game Tuesday in a duel against the Chicago Blackhawks.

Some might say that the damage is too great to hope for a qualification in the playoffs, but the players of the club first want to find the way to victory.

With 10 losses in regular time in the last 11 clashes, it becomes difficult to appreciate the daily work. Forward J.T. Miller says he's ready to give the runner a chance and looks forward.

“It's not about disrespecting Bruce. I had a great relationship with him and it's sad to see him leave training. However, we are professionals and I think Bruce will understand that now we have to move on and worry about the foundation that we want to establish here. We want to start a new era on the right foot,” he told NHL.com.

Nevertheless, Tocchet's task promises to be complicated despite all his good will. Vancouver is 16 points behind on a place giving access to the playoffs. In defense, the team ranks 31st in the National Hockey League with a 3.96 goals-against average. His shorthandedness is the worst on the circuit with an efficiency percentage of 65.9%.

For the new pilot, there is a way out of the quagmire: intensity and determination must prevail in the game of his flock. Without these elements that can establish a renewed chemistry, any new strategy will become futile.

“It's all about relationships in this sport. Yes, there are X's and O's and everything else, but players should have a strong voice and act in partnership. Some elements relating to the state of mind are also non-negotiable”, he specified.

“He is a guy with great energy and he advocates a solid structure, added the defenseman Oliver Ekman-Larsson on his new boss who he knew when he was in charge of the Arizona Coyotes from 2017 to 2021. He will impose a lot of rules and be tough on us. He wants to see us play with a lot of speed and intelligence, while working hard. I think it will be a lot of skating and less immobility. Our group will benefit from it.”

The Hawks-Canucks game will be broadcast on the TVA Sports channel at 10 p.m.