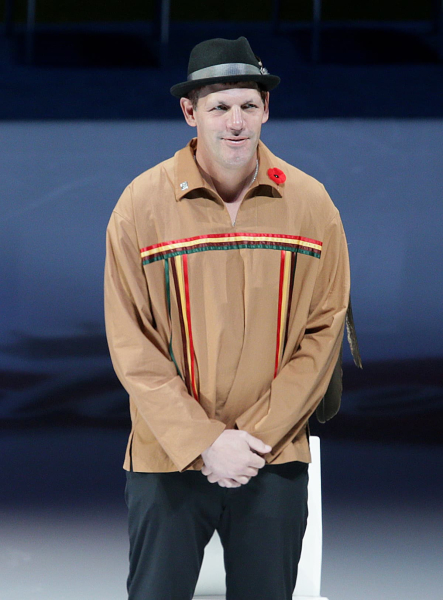 Gino Odjick proudly defended the colors of the Vancouver Canucks for seven seasons in the 1990s, and the British Columbia team paid him back with a nice tribute on Wednesday night.< /strong>

The Quebecer died of a heart attack on Sunday at the age of 52. If the announcement of his death created a small shock wave in the Belle Province, it also greatly affected the Vancouver region, where Odjick had become one of the favorites of fans.

Before the meeting against the Tampa Bay Lightning, the organization had invited several former teammates of the native of Maniwaki on the ice of Rogers Arena. All of the Canucks players also wore the team's classic black jersey with Odjick's number 29.

“His teammates stood straighter and skated more freely since Gino was always securing their backs. Generous and compassionate, Gino was a gentle giant, a friend to everyone who never stopped giving and made life better for everyone he met. He was an inspiration to First Nations and to a generation of Indigenous hockey players,” the Canucks' house announcer said during the ceremony.

Known for his toughness, Odjick played 605 games in the National Hockey League. He had 137 goals and 2,567 penalty minutes with the Canucks, New York Islanders, Philadelphia Flyers and Montreal Canadiens.