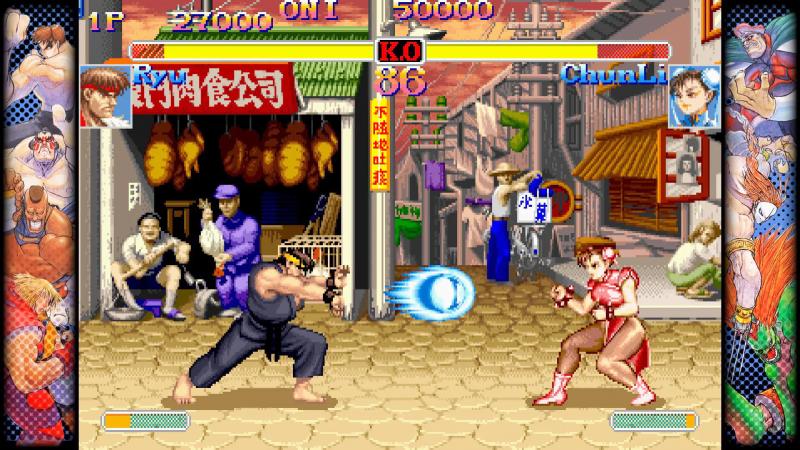 Did you spend your youth in arcades? Does the mere mention of the names Ryu, Chun-Li, Zangief, Dhalsim or even Blanka make you nostalgic? Then Capcom Fighting Collection may very well satisfy you.

For many, the Capcom stable will always remain the benchmark for fighting games. And for good reason. The Japanese company marked the genre with the indomitable saga Street Fighter, its Darkstalkersor even the different chapters of his Marvel vs Capcom series.

His machines have long monopolized players' tokens in arcades, where endless queues stretched out in front of each of them.

In short, its imprint on gamers, just like on the video game industry, is indelible. We have the proof today with his Capcom Fighting Collection, landed on consoles and computers, which fans were eagerly awaiting. On the menu: no fewer than 10 titles that made it famous, all survivors of the 1990s.

Street Fighter II is there, of course, as are the five entries in the Darkstalkers saga. But there are also more obscure titles – at least for the Quebec public – such as Cyberbots and Red Earth. The offer is generous, therefore.

Because yes, 10 games is a lot. In fact, it may even be too much. Because some titles with, say, less to offer find themselves overshadowed by the bigger guns here. We played to wear our thumbs to defeat hordes of attackers in the skin of Ken, Ryu, Morrigan, Felicia or even Demitri with the different incarnations of Street Fighter and Darksiders .

On the other hand, we quickly got bored with Red Earth and Cyberbots, two titles for which the weight of the years is particularly overwhelming. The controls become heavy, hazardous and, ultimately, wonky. And without a nostalgic force as strong as the other games, we quickly moved on. And we doubt we'll set foot there again.

The surprise of this Capcom Fighting Collection? The Super Puzzle Fighter II Turbo that we completely forgot existed. Borrowing a formula similar to that of Dr. Mario (or even Tetris), this game offers a welcome change of dynamics in this otherwise homogeneous menu where the different titles can become repetitive.

Capcom has therefore perhaps -have been a tad too generous with his Fighting Collection. But with a retail price of around $50, this is a worthy addition to any nostalgic fan's collection of those days.

Available on PS4, Xbox One, Nintendo Switch and PC.&nbsp ;