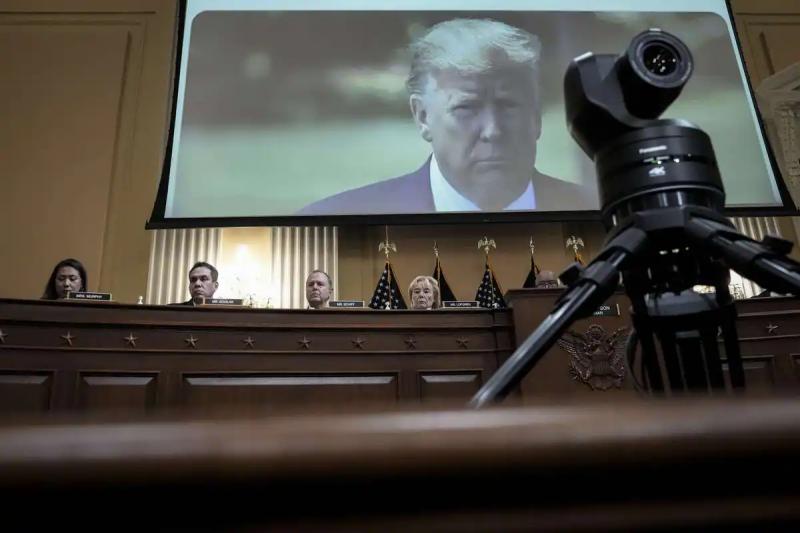 The Capitol Storming Inquiry Committee announced Wednesday that it will pause its television hearings, after receiving numerous new videos featuring Donald Trump and his family shot by a documentary filmmaker.

Committee head Bennie Thompson said Thursday's hearing, which will focus on Donald Trump's alleged attempts to corrupt the Justice Department, would be the last before two more dates “later in July.” /p>

After that, it is “always possible” that other hearings will take place, he said, recalling that their schedule followed above all “the investigation”.

For nearly a year, this group of elected officials — seven Democrats and two Republicans — has heard more than 1,000 witnesses, including two children of the former president, and sifted through 140,000 documents to shed light on the facts. and precise gestures of Donald Trump before, during and after this event which shook American democracy on January 6, 2021.

The commission, which “is still receiving new evidence”, must “take the time to 'analyze this information,' said Bennie Thompson.

Among the new elements, documents from the National Archives or new leads provided by calls to a telephone cell since the start of the televised hearings, earlier in June.

But above all, hours of footage shot by documentary filmmaker Alex Holder, who had privileged access to Donald Trump and his entourage — including for interviews — before and after the Capitol storming.

Starting next week, the Congress will suspend its work for two weeks.

Upon their return, elected officials are expected to dedicate a portion of the remaining hearings to the radicalization of activists who stormed the Capitol, and the culture of political violence within the far right.

Sign political tensions surrounding these hearings, the New York Times reported an upsurge in threats against committee members, who will likely be provided with security.

Adam Kinzinger, the one of the two Republicans in it, released a letter addressed to his wife, threatening to kill the couple and their five-month-old baby.

On Wednesday, federal police raided the homes of two people involved in the plot to reverse the result of the 2020 election, according to the Washington Post.

One of the suspects is accused of wanting to impersonate a major voter, who, in the American electoral system, is responsible for deciding the winner of the election in his state.

< p>The other had sought to have the election result invalidated in Arizona and New Mexico.