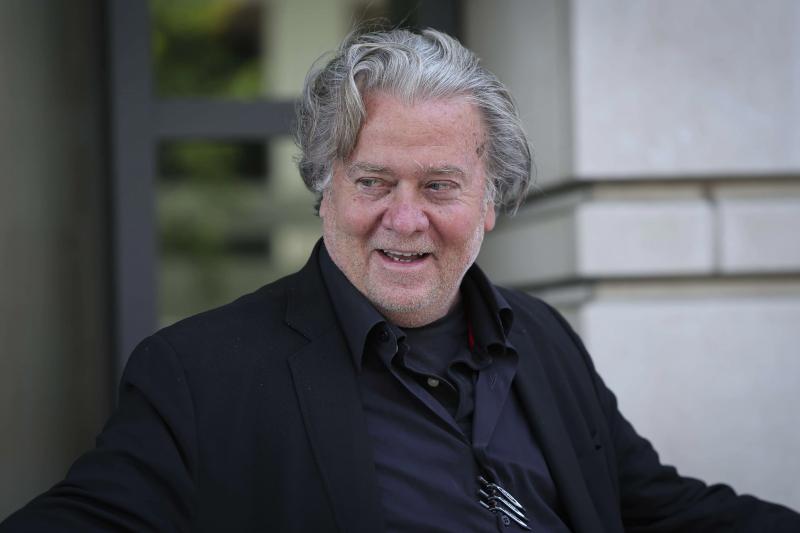 Steve Bannon, ex-adviser to Donald Trump, has turned around and agrees to testify before the House Committee investigating the bloody attack on the Capitol on January 6, 2021, a few days away of the start of a trial against him for obstructing this investigation, American media reported on Sunday.

“Mr. Bannon wishes, and in fact prefers, to testify in your public hearing,” his lawyer Robert Costello wrote on Saturday in a letter quoted by these media.

Steve Bannon is among dozens of people called to testify in the assault on the US Congress on Capitol Hill that left five people dead and undermined American democracy. He initially refused to testify and was charged last November with obstructing the investigation.

On January 6, 2021, thousands of supporters of incumbent Republican President Donald Trump gathered in Washington to denounce the result of the November 2020 presidential election, won by Democrat Joe Biden.

Investigators believe Mr. Bannon and other advisers to Mr. Trump may have information about White House ties to the mob that swarmed the Capitol that day in an attempt to block the certification of the victory for Joe Biden.

Even though Mr. Bannon was not employed by the White House at the time and was no longer an official adviser to Mr. Trump, his lawyers had invoked the protection of the right of the presidents to keep certain documents and discussions confidential so that he does not appear before the commission of inquiry in October 2021.

The commission found that this protection does not apply because Mr. Trump is no longer president and has never formally asserted this executive privilege.

Mr. Bannon had been charged in November 2021 with “obstructing” the investigative powers of Congress and the date for the start of his trial was then set for July 18.

According to the letter from Mr. Costello, Mr. Bannon told the Inquiry that “circumstances have now changed.”

“President Trump has decided that it would be in the interest of the American people to waive executive privilege for Stephen K. Bannon in order to authorize Mr. Bannon to comply with the subpoena issued by your commission,” adds- t-she.

The testimony of Steve Bannon, aged 68, is seen as essential because it is supposed to help understand what Donald Trump was doing before and during the assault. The day before, Mr. Bannon had said on a podcast that “everything is coming together and it's time to attack”.

Steve Bannon, a discreet but very influential adviser, had played a crucial role in the Donald Trump's election in 2016 before being pushed out the following year.

He was not holding an official position on January 6 but appears to have discussed the protest with the President over the course of the past few days. precedents, according to the commission of inquiry.

In particular, he was part of the “crisis cell” led by advisers to Mr. Trump from a luxury hotel in Washington before and after the assault on the seat of Congress.