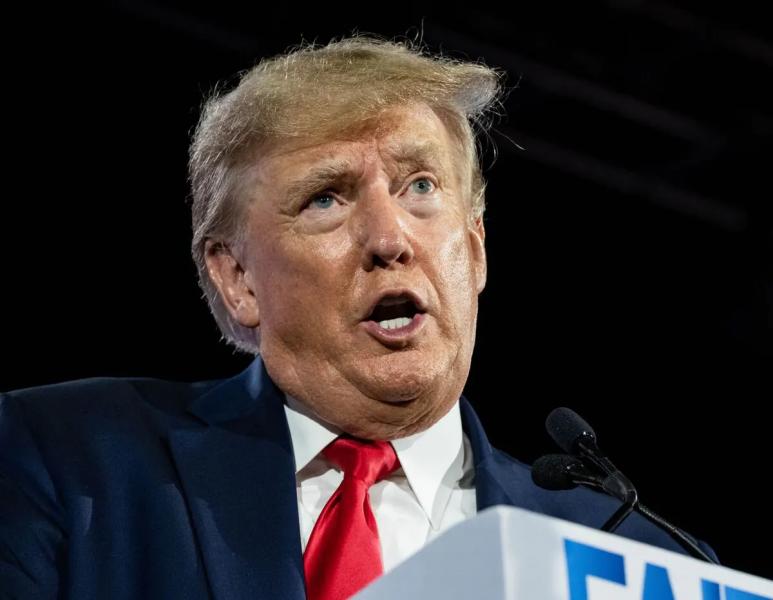 Pressure, intimidation, threats… The boss of the elected Republicans of Arizona recounted on Tuesday the methods of Donald Trump and his lawyers to try to convince him to overturn the result of the American presidential election of November 2020 in this conservative state won by Joe Biden.

The Republican billionaire justified his demands by his belief that the election had been “stolen” from him by repeating accusations of fraud, which he has never provided proof and which have been swept away by the courts .

But supporters of the billionaire had stormed the US Congress on January 6, 2021 to try to prevent the validation of the victory of the Democratic candidate, plunging the country into chaos for several hours.< /p>

Mr. Trump's claims about his victory in Arizona were “false”, assured Rusty Bowers, president of the House of Representatives of this state, before the commission of inquiry into this attack in Washington.

“Anyone who would say, anywhere and anytime, that I said the election was rigged, that would not be true,” added the elected official.

He also called “false” the allegations of the lawyer of the ex-president, Rudy Giuliani, evoking “hundreds of thousands of illegal immigrants and thousands of dead who had voted” for Joe Biden.

Despite several requests, Mr. Bower said he “never” saw evidence of the allegations, citing a conversation with the former mayor of New York.

Mr. Bowers refused to convene the local assembly to invalidate the ballot, then replace the electors elected, responsible for certifying the result of the vote, by supporters of Mr. Trump.

In the system American electoral system, it is these great voters who designate the winner of the election in their states.

He was then inundated with “more than 20,000 e-mails and tens of thousands of phone calls and text messages” as demonstrators, sometimes threatening, gathered outside his home to insult him, he said, with tears in his eyes.

Mr. Trump's legal team, however, went ahead with their plan. Supporters of the billionaire, chosen as parallel voters in the key states won by Joe Biden, had overturned the result of the ballot by means of false certificates.

But Vice President Mike Pence, who was presiding the vote, had resisted pressure from the White House to declare Donald Trump the winner.

“I just thought it was a tragic travesty,” commented Rusty Bowers, who voted for the billionaire in 2016 and was supporting him in 2020.

Brad Raffensperger, the Secretary of State for Georgia, for its part, had received a phone call from Donald Trump in which the president had asked him to find nearly 12,000 ballots in his name, enough to beat Joe Biden in this southern state controlled by Republicans. p>

He had again mentioned electoral fraud and ballot box stuffing, charges dismissed by the courts.

But Brad Raffensperger had not given in. “Numbers are numbers and we couldn't recount (votes) because we made sure we checked every allegation,” he told the committee on Tuesday.

“There there was no ballot to be found, the count was correct and it was certified,” he pointed out.

He has also been the target of harassment and threats, like Shaye Moss, a simple election agent from Atlanta who had helped count the ballots on election night with his mother.

Donald Trump had them accused by name of being “professional scammers”.

“It turned my life upside down,” she said on Tuesday, recounting having received racist messages and death threats.

For more than a year, the commission of inquiry – made up of seven Democrats and two Republicans – has heard from more than 1,000 witnesses, including two children of the former president, to shed light on the facts and actions of Donald Trump before, during and after the January 6 attack.

The fifth committee hearing will take place on Thursday, and will look into the president's efforts to pressure the ministry of Justice in order to stay in power.

Donald Trump, who has never conceded his defeat in the presidential election, denounced Tuesday on the r social networks of “political thugs who have criminalized justice on a level never seen before in our country”.