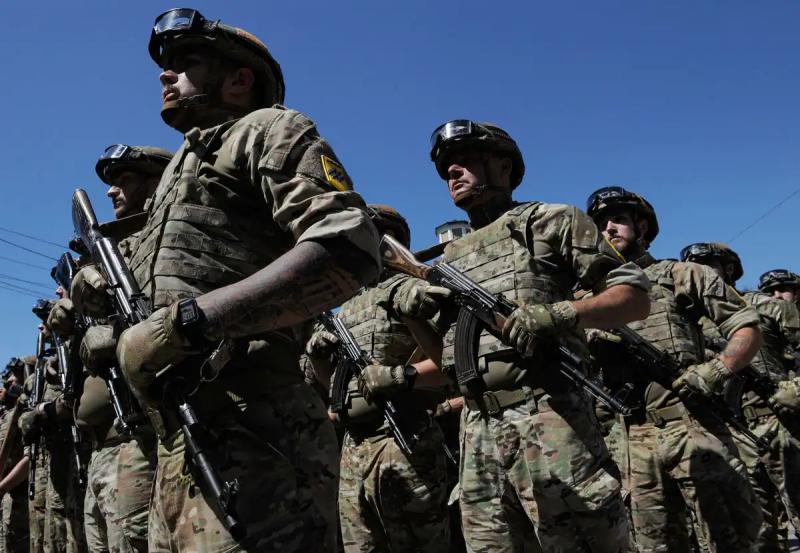 Ukrainian soldiers from the Azov regiment who were taken prisoner by Russia after the battle of Mariupol and detained before being exchanged claimed on Monday that they were beaten during their captivity.

“In captivity, I saw how our guys were beaten…they stripped us, forced us to bend down naked. If someone raised their head, they started hitting them immediately,” Denys Tcherpouko, who goes by the nom de guerre “Mango,” told an online press conference.

“I saw a soldier being taken from our cell and two days later they brought him back. He couldn't move, his ribs and legs were broken. I do not know his fate,” continued Mr. Tcherpouko.

Another ex-prisoner, Vladislav Jaïvoronok, with the nom de guerre “Wikipedia”, claimed not to have been fully treated for his wound received during the fighting in Mariupol, but “simply left alive so that we can live until time when we can be exchanged”.

He claims to have observed cases of “serious torture”. “Some had needles stuck in their wounds, others were tortured with water,” he charged.

“There was strong psychological pressure. We had no contact with our relatives, with the outside world,” he said.

These accusations could not be verified by independent sources.

Vladislav Jaïvoronok and Denys Tcherpouko were among the Ukrainian soldiers who surrendered after the battle for Mariupol, which Russia captured in May at the cost of much destruction.

They were detained in the prison of Olenivka, in separatist territory in eastern Ukraine, victim of a strike at the end of July for which Kyiv and Moscow accuse each other, which left dozens dead.

The two soldiers are members of the Azov regiment, a unit military hated in Russia and among pro-Russian fighters because it is reputed to be close to Ukrainian ultranationalist circles.