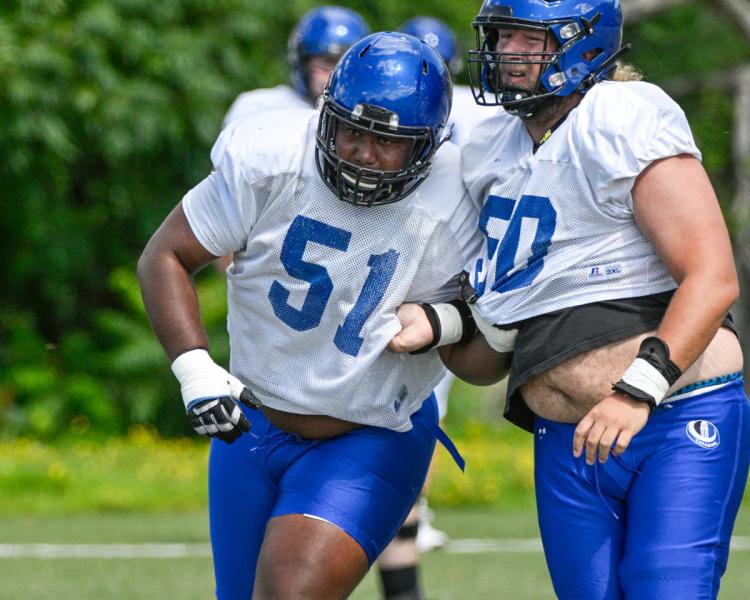 The Carabins of the University of Montreal will bet on continuity in defense.

No one will hold it against them, considering that they rely on athletes like Kaylyn St-Cyr, Nicky Farinaccio, Harols Miessan, Bruno Lagacé, Michael Brodrique and Philippe Lemieux-Cardinal, in particular.

“Defensively, we had a great season last year. I think we have a lot more depth this year. We have a nice mix of young and veterans. They're very exciting to watch during camp,” said head coach Marco Iadeluca.

The driver knows that because he has to face his defense every day as an offensive coordinator . For his part, St-Cyr is not afraid to express his ideas of grandeur.

“Last year, we were by far the best defense in the country. I feel like we're just going to pick up where we left off last year. We have also added young talent and our system is very well established.”

With all due respect to St-Cyr, it was the Laval University Rouge et Or who gave the least points last year (108). That being said, this does not detract from the defensive unit of the Blues which was very formidable.

The return of all the same coaches to coordinator Denis Touchette's unit is also an advantage, according to the defensive back.

“We are lucky to have excellent coaches. The bond that exists between players and coaches is what really makes us special. It gives us an advantage,” said the third-year player with conviction.

Iadeluca and St-Cyr mentioned the arrival of talented young footballers, a situation that represents a great problem for the coaches of the Carabins.

This is particularly the case on the defensive line, where three of the four starters in 2021, namely Lemieux-Cardinal, Christopher Fontenard and Tommy Mercier, are back. Second-year players like Gabriel Maisonneuve are ready to take up more space. There are also newcomers like college star Jhonathan Mutombo and NCAA alum Xavier Thibault. head and ensures that all players in uniform will have the chance to show off on the field. However, there will be footballers who will have to wait until next year.

“We have guys who will not be in uniform this season who could have been starters in any other team in our league,” said Charmant. But when you choose to come to the University of Montreal, you understand this reality. Good athletes are motivated in such circumstances and that's what I want to see.”